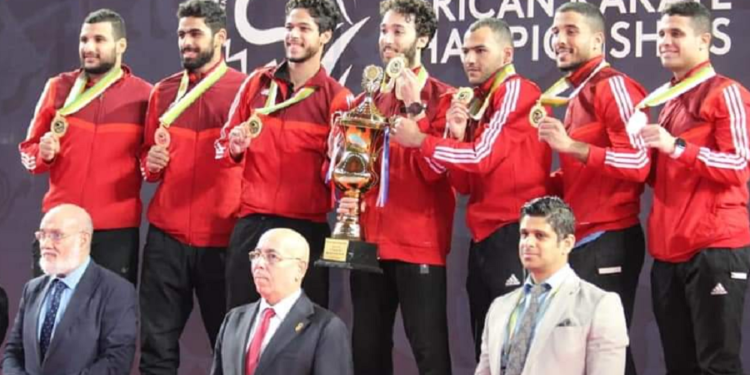 Egypt's National Karate Team snatched six gold medals and five silver ones in the third day of the African competition.

CAIRO – Egypt’s National Karate Team continued to clinch gold and silver medals at the 2021 UFAK Karate Championship that is held at the indoor hall of Cairo International Stadium.

In the third day of the African competition, Egyptian Karate players snatched six gold medals and five silver ones.

Over 300 athletes from 22 African countries took part at the three-day event.

President of the Egyptian Karate Federation Mohamed el-Dahrawy said that he was pleased about the victories claimed by Egyptian players in different categories at the African Karate Championships hosted by Cairo.

He ascribed such great successes to a long time well-considered plan that qualified Egyptian karate players for competing in African and international tournaments.