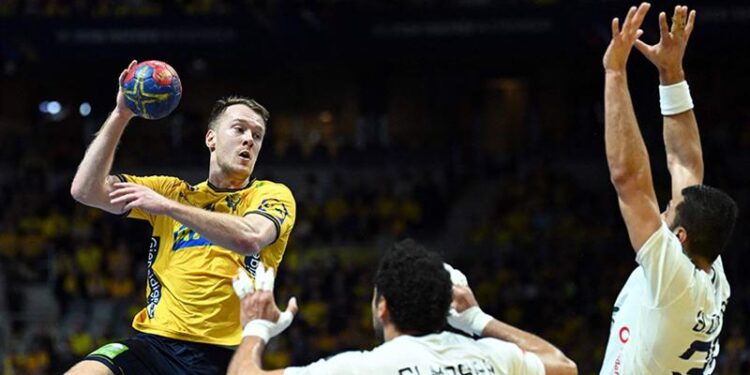 The Pharaohs started the game in style, leading until the 23rd minute when the hosts leveled the score 9-9. The last seven minutes in the first half saw the hosts increase their lead to five goals (14-9).

Due to Sweden’s solid defense, the Egyptian team remained 11 minutes without scoring, and the hosts extended their lead to seven goals.

The Pharaohs’ performance improved during the last 15 minutes of the game as they narrowed the gap to three goals but it was too late.

Egypt is expected to face Germany on Friday in the match for the fifth place.