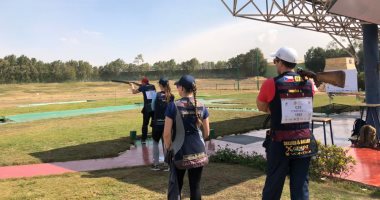 CAIRO- Egypt claimed the first place so far in the air pistol and air rifle categories of the the Arab Shooting Championship being held in Cairo on June 1-12.

Egyptian shooters on Wednesday won 16 different medals in the tournament.

The UAE claimed the second place and Tunisia came third and the Saudi team was the fourth.