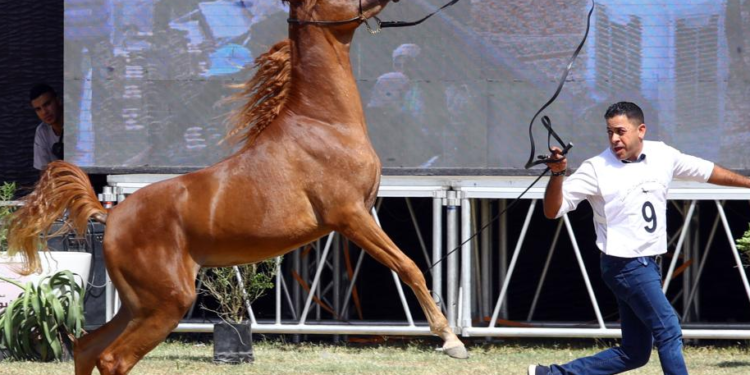 A breeder leads a horse at an Arabian horse beauty contest during the Sharqiya Arabian Horses Festival in Sharqiya province, Egypt, Sept. 29, 2022. The two-day horses festival started Thursday with the participation of 96 Arabian horses.

The event is organized by the governorate-based Tourism Promotion Authority Office under the auspices of Tourism Minister Ahmed Issa and Minister of Youth and Sports Ashraf Sobhi.

The governor asserted that the festival have always witnessed a high turnout and increasing international interest, noting that more than 96 horses are competing in the event. He wished competitors the best of luck over winning the awards.

He asserted that the festival is considered a tourist and a sport event of which Sharqiya Governorate boasts. It gathers a lot of visitors during its highly prized horse breed competitions, he added.

The festival organizes a galaxy of marathons for horse-breeders, the first of its kind was in 1994; a fence-jumping competition; and a long-distance horse riding competition.