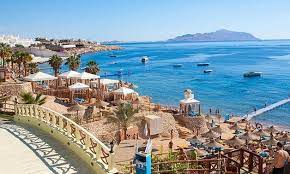 ALEXANDRIA – Sharm el Sheikh city is expected to host on March 28-29 the first startups forum under the title “The Startup Festival”.
The forum is organized by the entrepreneurship center affiliated to the Arab Academy for Science Technology & Maritime Transport (AASTMT) and under the auspices of the Arab League Secretary-General Ahmed Aboul Gheit. The forum will be also attended by representatives of local and regional authorities and organizations as well as businessmen, investors, entrepreneurs and inventors.
President of the AASTMT Ismail Abdel Ghaffar said this comes within the academy’s leading role to adopt initiatives and programs that aim at spreading the norms of entrepreneurship and innovation among Arab and Egyptian youth, He also thanked AL chief over his support to the forum.
The forum is organized in co-operation with the National Bank of Egypt in which 10 Egyptian universities are participating.