Multiartist Sherihan shines in Ramadan after years of absence

by Sahar Elzayaty
in Entertainment
1 0
0

After 19 years of absence the multi-artist and Ramadan riddles (fawazeer) icon Sherihan returned to the TV screens with an advertisement for a famous telecommunication company and it was an impressive comeback. 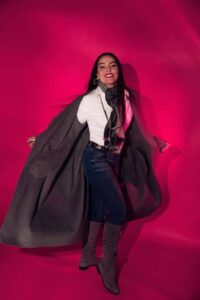 The advertisement featured various dances and performances and met a lot of love and respect across social media.
In the ad, Sherihan highlighted her story of her career, starting with her fawazeer in 1985 which was considered to be one of the most seminal shows that aired during Ramadan, to her car accident, followed by years of her suffering with cancer.
Through the ad, Sherihan also sent a message of resilience and that everyone can be patient and strong and that no matter what we pass through life, we are always able to come back stronger.
Sherihan started acting at the age of four; she was a talented child by nature.
Her brother popular actor and guitarist Omar Khorshid, who died in 1981, gave her lots of support in order for her to be a big star.
In 1990, she had a terrible accident, in which she broke her back including the spine.
In 2002, she suffered from salivary gland tumors, which forced her to retire from acting.