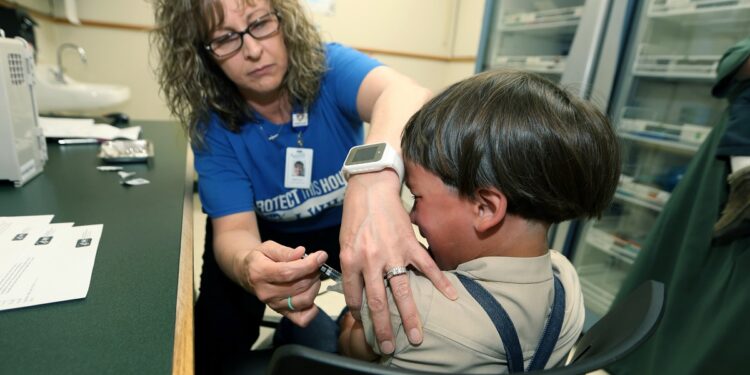 A registered nurse and immunization outreach coordinator with the Knox County Health Department, administers a vaccination to a kid at the facility in Mount Vernon, Ohio on May 17, 2019.

LONDON – The World Health Organisation and the US Centers for Disease Control and Prevention say measles immunization has dropped significantly since the coronavirus pandemic began, resulting in a record high of nearly 40 million children missing a vaccine dose last year.

In a report issued recently, the WHO and the CDC said millions of children were now susceptible to measles, among the world´s most contagious diseases. In 2021, officials said there were about 9 million measles infections and 128,000 deaths worldwide.

The WHO and CDC said continued drops in vaccination, weak disease surveillance and delayed response plans due to COVID-19, in addition to ongoing outbreaks in more than 20 countries, mean that “measles is an imminent threat in every region of the world.”

Scientists estimate that at least 95 per cent of a population needs to be immunized to protect against epidemics; the WHO and the CDC reported that only about 81 per cent of children receive their first dose of measles vaccine while 71 per cent get their second dose, marking the lowest global coverage rates of the first measles dose since 2008.

“The record number of children under-immunized and susceptible to measles shows the profound damage immunization systems have sustained during the COVID-19 pandemic,” CDC director Dr. Rochelle Walensky said in a statement according AP.

Measles is mostly spread through direct contact or in the air and causes symptoms including fever, muscle pain and a skin rash on the face and upper neck.

Most measles-related deaths are caused by complications including swelling of the brain and dehydration. The WHO says serious complications are most serious in children under five and adults over 30.

More than 95 per cent of measles deaths occur in developing countries, mostly in Africa and Asia. There is no specific treatment for measles, but the two-dose vaccine against it is about 97 per cent effective in preventing severe illness and death.

In July, the UN said 25 million children have missed out on routine immunizations against diseases including diphtheria, largely because the coronavirus disrupted routine health services or triggered vaccine misinformation. 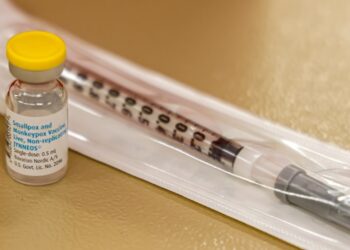 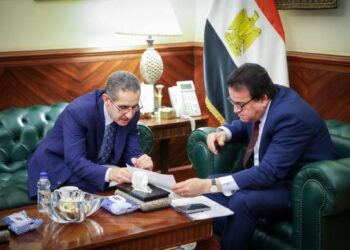 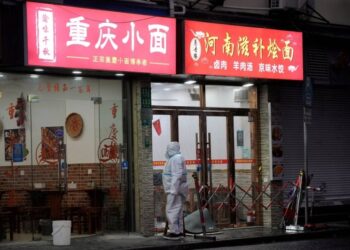