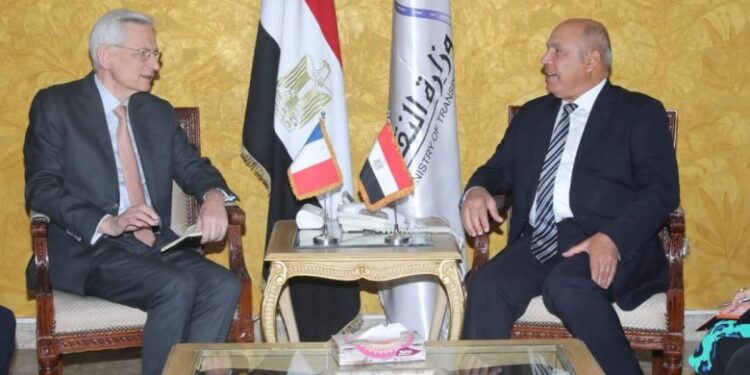 He underlined the French companies’ keenness on co-operating with their Egyptian peers in the various transport sectors.

They also reviewed latest progress related to a contract signed between the Egyptian and the French governments on importing railway carriages and equipment to Egypt, together with prospects of co-operation in the investment and training domains covering the transport sector.