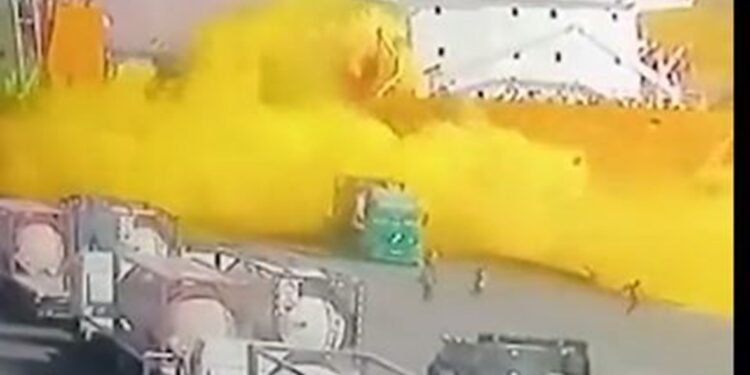 Egypt’s President Abdel Fattah El Sisi has extended sincere condolences to Jordan’s King Abdullah II and Jordanian people for the victims of a toxic gas leak from a tank in Aqaba port on Monday.