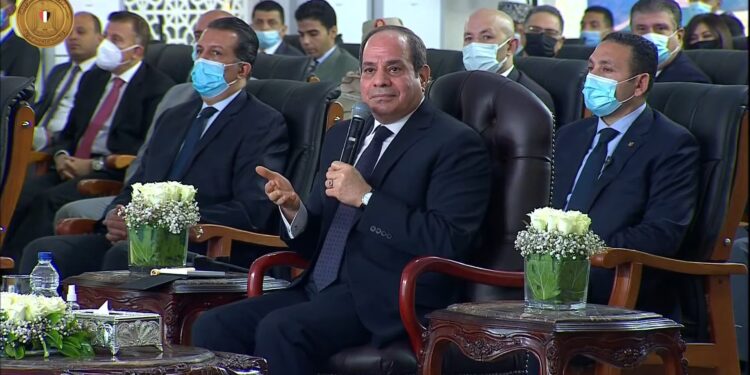 The Armed Forces did not stop at fighting terrorism, but also fought backwardness and deterioration, as they supported the state, along with investors and businessmen; to implement major national projects, Sisi said during the launch ceremony of a major agriculture project.

The Engineering Authority of the Armed Forces has supervised thousands of projects worth billions or trillions of Egyptian pounds until they are completed in a country whose population increases by at least two million people annually, which means an increase of 20 million people within 7 or 10 years, he added.

However, President Sisi warned that if development rates do not keep pace with the population increase in Egypt; the gap will not be bridged.