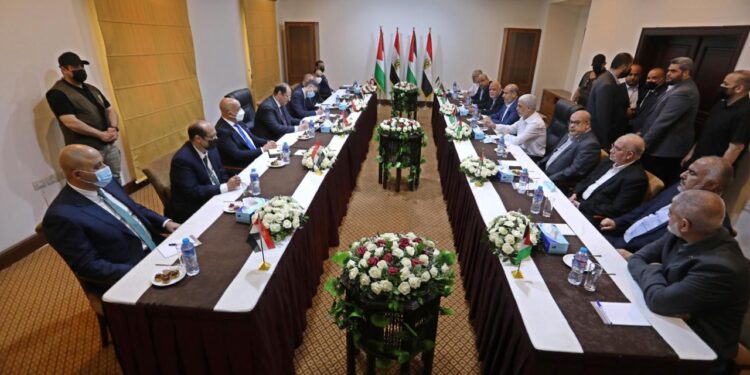 PRESIDENT Abdel Fattah El Sisi has stressed that Egypt is exerting an enormous effort to stabilise the ceasefire between Israel and the Palestinians and to enable a return to the peace process in co-operation with world powers, including the United States in the foremost.

The president has also called upon all regional and international powers to support Egypt’s efforts for the reconstruction of Gaza Strip. 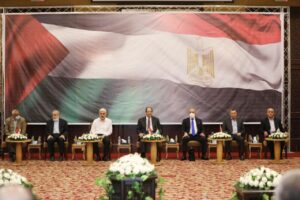 The Egyptian position was conveyed by the General Intelligence Service (GIS) Chief, Major-General Abbas Kamel, during a visit he paid to Gaza Monday, the Middle East News Agency (MENA) reported in a dispatch from Gaza City.

GIS Chief Kamel was mandated by President Sisi to travel to Gaza to coordinate and consult with Palestinian factions on ways of stabilising and building on the ceasefire.

During the visit to Gaza, the GIS chief conveyed to the Palestinian people President Sisi’s emphasis on the necessity of unifying the Palestinian home front under the umbrella of the Palestine Liberation Organisation (PLO), the new agency said.

Kamel also conveyed President Sisi’s assertion of full support of the Palestinian people and their leaders, highlighting in this context Egypt’s commitment to achieving Palestinian reconciliation at the earliest possible time, MENA said.

While in Gaza yesterday,he toured some of the Strip’s sites that are recommended as starting areas for Gaza reconstruction drive within the framework of President Sisi’s initiative to allocate $500 million in support of Gaza reconstruction, MENA said in an earlier report.

Meanwhile, a convoy of as many as 56 trucks reached Gaza Monday, carrying the humanitarian aid consignments in pursuance of President Sisi’s directives for the dispatch of such aid to the Strip as a gift from him and from the people of Egypt to Gazans, MENA reported.

GIS chief Kamel accompanied with him during the visit to Gaza Strip some Palestinian Authority ministers, the news agency said.