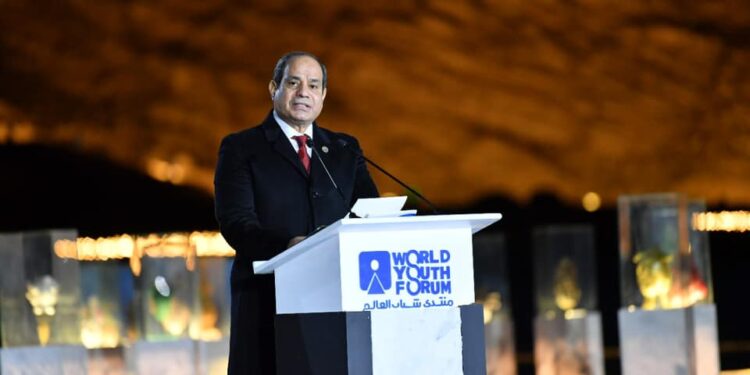 SHARM EL SHEIKH, Egypt  – Egypt’s President Abdel Fattah El Sisi on Thursday declared 2022 as the year of the civil society, and instructed the management of the World Youth Forum (WYF) and other state bodies concerned to create an effective dialogue platform among the countries, youth, and local and international NGOs.

Addressing the audience during the closing ceremony of the 4th edition of WYF, that the new republic is a modern civil state, which works on reconstruction, development, and achieving the humanitarian justice and dignity.

He praised WYF as a key dialogue platform, saying that it was a genuine opportunity for exchanging views and constructive conversation for establishing peace and bringing about the sustainable development via the ideas of the participating youth from whole over the world.