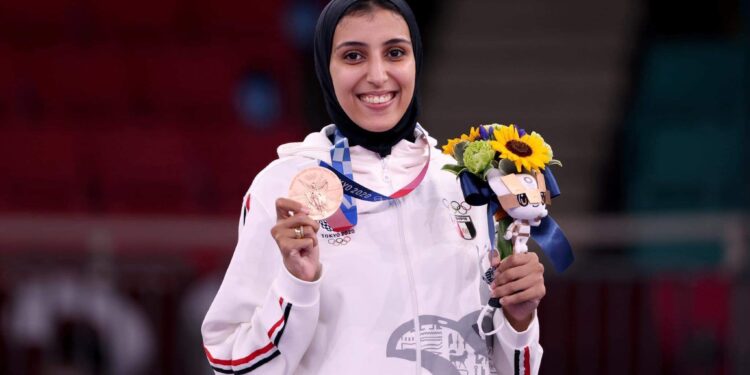 Farouk snatched the bronze medal of the Women’s Kumite’s-61kg competition at the Tokyo Olympic Games.

Her coach Mohamed Abu Rijal was also awarded the Order of Sports Merit of third class, the spokesman added.