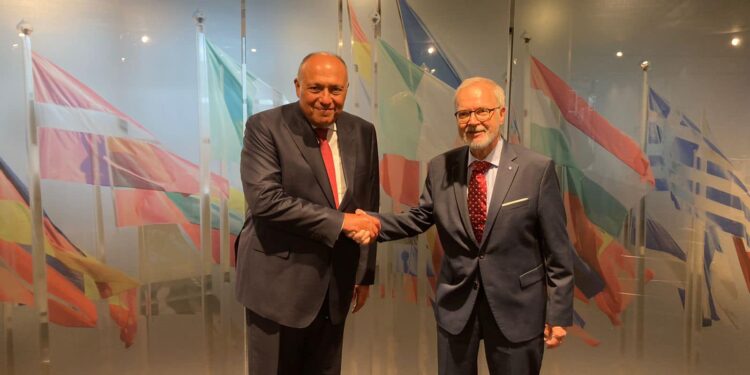 Foreign Ministry Spokesman Ahmed Hafez said on his Twitter account that the two sides discussed bilateral cooperation within the framework of ongoing preparations of the 27th session of the Conference of the Parties (COP 27) to the UNFCCC, set for the Red resort of Sharm El-Sheikh in November.

Meanwhile, the foreign minister had talks with President of the Chamber of Deputies of Luxembourg Fernand Etgen to discuss enhancing parliamentary, cultural, economic and political cooperation between Egypt and Luxembourg and exchanging visits between the two countries’ parliaments, the spokesman added.

Shoukry arrived in Luxembourg Sunday to attend the ninth meeting of the EU-Egypt Association Council.

During the meeting, the two sides endorsed a document on the EU-Egypt partnership during the period 2021-2027.