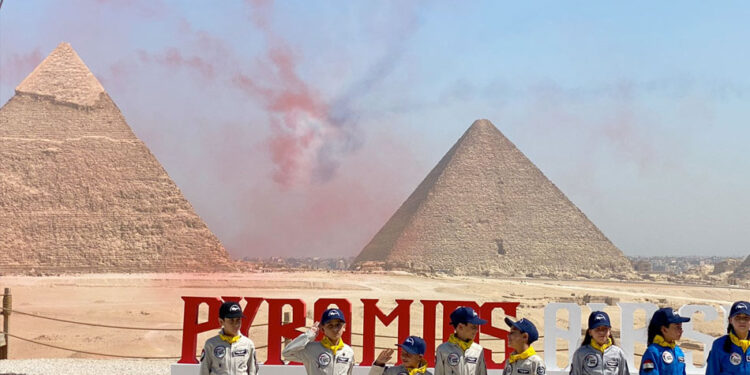 The activities of the Pyramids Air Show 2022 started at the Giza Plateau on Wednesday morning.

A number of different distinguished airshows are being held as part of the festivity.

The Egyptian Hel Gazelle team (Horus) is also participating in the air show.

The Egyptian paratroopers presented a number of performances during the festival’s activities.

The show came within the framework of the the depth of ties binding Egypt and South Korea.