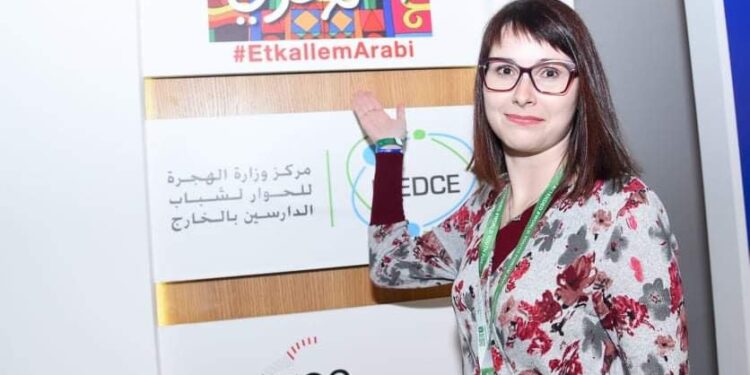 Young generations of expatriates can learn Egyptian colloquial Arabic, thanks to a ministerial initiative. One vocal advocate for the EtkallemArabi (Speak Arabic) initiative, launched by the Ministry of Emigration and Egyptian Expatriates Affairs in 2020, is not an Egyptian, but a Pole.

Because of her love of the Egyptian dialect, Edyta Wolny, 30, is an ambassador for EtkallemArabi in her native Poland.

“This is an honour and pleasure. I truly support this initiative from the deepest place in my heart,” Wolny told the Egyptian Mail.

At the World Youth Forum, Wolny met with Minister of Emigration Nabila Makram, ministry representatives and advertisements for the initiative.

“I ran to them immediately! I strongly believe that the Ministry under the auspices of President Abdel Fattah El-Sisi made the historic initiative because you are the first Arab country to promote what I would call ‘real language’,” she said.

The initiative will not only help Egyptian expatriates feel closer to their families and country, but also boost tourism and help tourists and businessmen as well.

Wolny has a PhD in Humanities. Based on her thesis is her book Islam and Civic Education in Egypt. Analysis of Textbooks for Islamic Upbringing – one of the few such publications available worldwide. When she is conducting research on the contemporary Arab World with emphasis on Egypt, she teaches Modern Standard Arabic and the Egyptian dialect.

Wolny graduated from University of Warsaw in Arabic and Islamic Studies. She fell in love with Arab culture but her lessons at university were not enough for her to speak Egyptian dialect fluently.

“I had a year off in Egypt in 2013 and I really loved the sound of Egyptian Arabic and this dialect is closest to my heart.”

To promote visiting Egypt and speak Arabic, Wolny has been giving seminars in schools and universities to talk about Egypt and encourage people to visit not only the prime tourist sites Hurghada, Sharm el-Sheikh or Marsa Alam, but also other cities.

“Egypt is a mosaic which we can explore and still we will never be able to say that we know everything there,” she says. 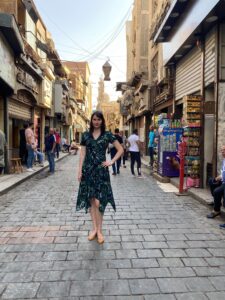 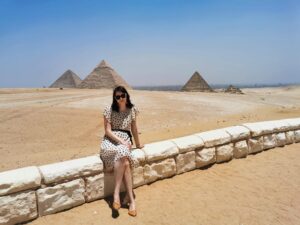 Many times she has heard some people saying they were not satisfied after visiting Egypt because they couldn’t understand Egyptians even after studying Arabic.

“That is why I always make a short introduction during my first language lesson to be sure what the student needs – Arabic or Egyptian dialect. And now, most of them choose dialects.” She added that the ‘Speak Arabic’ initiative helps her students a lot.

Wolny attended the last four editions of the World Youth Forum, which, she said, helps tourism. 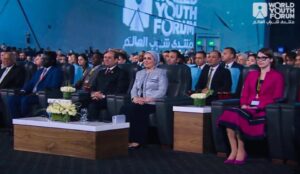 “The media all over the world inform about this event and participants themselves promote it on social media and decide to stay on and have a further look at the country or make plans for a future visit,” she said.

Egyptians and Poles have much in common, Wolny said.

“Both like food and can eat a lot. The family itself is very important, especially the institution of ‘mother’. Most Poles like watching football and older people like television series as Egyptians do.”

To promote Egypt tourist destinations this summer, the Ministry of Tourism and Antiquities and the Emigration Ministry launched an online campaign ‘Follow the Sun’ which asks people to post a video and the one who gets the most ‘likes’ wins a trip to Egypt.

“Personally I am very happy about it,” she said. “The people who I know liked the video and the idea very much.”