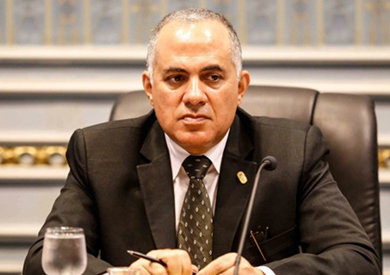 Egyptian Minister of Water Resources and Irrigation Mohamed Abdel Atti discussed on Thursday with Chairman of the National Water Research Centre Khaled Abdel Hai and Chairwoman of the Planning Sector Iman Sayyed tasks of the scientific committee, most important axes and scientific competitions, which will be held during the fifth Cairo Water Week.

A statement by the ministry said the scientific committee received several scientific papers and researches, which will take part in the Week’s activities.

Many world countries participate in the event including Germany, Ireland, Pakistan, Slovakia, Switzerland and the US as well as a number of Arab and African states such as Kenya, Sudan, Tunisia and Palestine, said the statement.

The fifth Cairo Water Week will be held on October 16-19 and sponsored by President Abdel Fattah El Sisi under the theme” Water In the Heart of Climate Action.”

The Week aims to raise the public awareness about water issues.