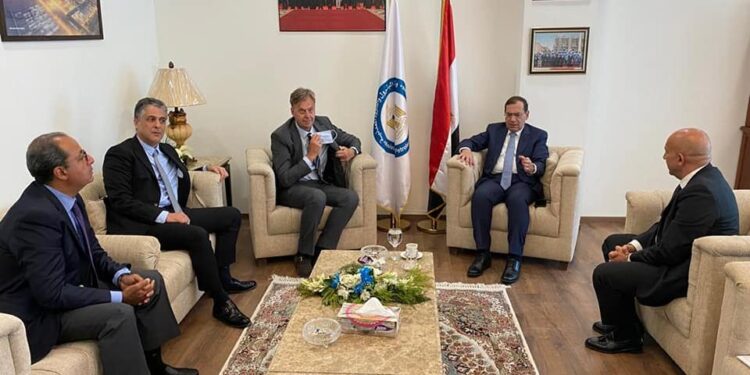 Egyptian Minister of Petroleum and Mineral Resources Tareq el Mulla discussed with a delegation representing “ExxonMobil” programmes of the international company aimed at upping investments and developing its activities in marketing and distributing fuel in Egypt.

In statements on Wednesday, Mulla asserted that “ExxonMobil” is an important global partner to Egypt and mainly contributes to marketing and distributing fuel in domestic market as per global criteria.

The minister commended efforts exerted by the company to promote its activities and investments in Egypt, in addition to constant development to meet needs of consumers.

In turn, the regional chairman for marketing and fuel sales in “ExxonMobil” affirmed Egypt is an important market for the company.

“ExxonMobil” said it is ready to probe joint co-operation with Egypt during COP27, slated for November in Sharm El Sheikh.

“ExxonMobil” is the one of the world’s largest publicly traded international oil and gas companies.