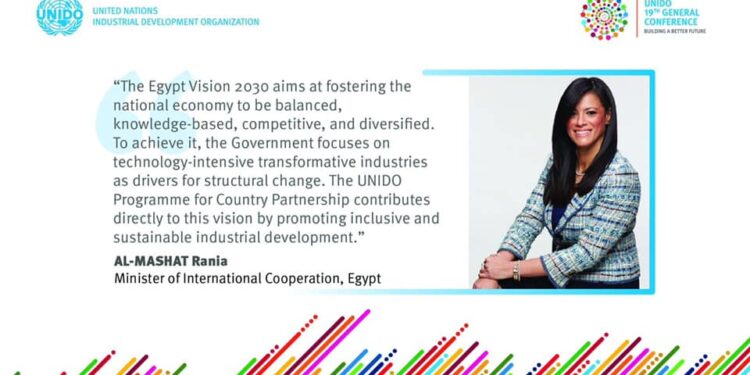 Egyptian International Co-operation Minister Rania Mashat asserted on Thursday that the government is going ahead with carrying out structural reforms to support social protection, digitalisation, and financial inclusion.

The minister noted that the Egyptian government is working on increasing economy competitiveness as well as encouraging private sector to engage in developmental efforts after the success of the financial reforms plans that were implemented since 2016.

She also hailed the UNIDO contribution to Egypt’s 2030 Vision through enhancing inclusive and sustainable industrial development as well as boosting developed industries.

She also hailed the UN and its agencies’ strategic role in supporting Egypt’s priorities in various fields.

Egypt is working on enhancing digital transformation via establishing the New Administrative Capital as the first smart city as well as transferring to the green economy through adopting sustainable energy strategy, the minister further said.