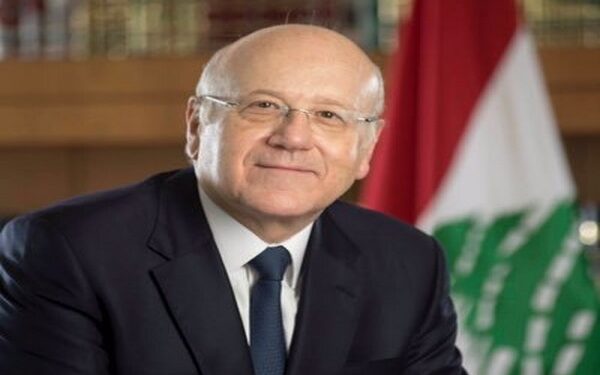 18
VIEWS
Share on FacebookShare on Twitter
BEIRUT – Lebanese Prime Minister Najib Mikati hailed Egypt’s continuous support to his country during its critical times and hardships, and thanked President Abdel Fattah El Sisi, praising him as the maestro of the modern renaissance in Egypt.
Speaking to MENA, Mikati said he planned for visiting Egypt soon, noting that he was updated with the development projects in Egypt, orchestrated by Sisi, which made a genuine and inspired progress in few years.
He said that Lebanon would never forget that despite running challenges, Egypt was the first countries, which dispatched food stuff and aid planes to Lebanon after 2020 Beirut massive explosion, in addition to its assistance amid the coronavirus crisis.
Blessed by its prudent policies, Egypt is deemed the real leader of the Arab world, adding that Cairo was keen on giving Lebanon the gas to support its economy and people.
Tags: EgyptLebanonSisi