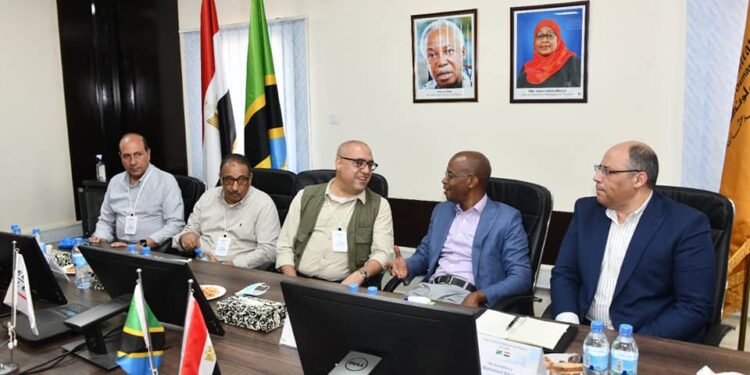 Minister of Housing Essam el-Gazzar (C) and accompanying delegation during a meeting to inspect the work progress at the site of Julius Nyerere dam and hydropower station project in Tanzania.

CAIRO – Egyptian Minister of Housing Essam el-Gazzar and his accompanying delegation on Tuesday inspected the work progress at the site of Julius Nyerere dam and hydropower station project in Tanzania.

Tanzanian Minister of Energy January Makamba welcomed the Egyptian officials upon arrival at the project site.

An Egyptian alliance including the Arab Contractors and El Sewedy Electric companies has succeeded in installing the first huge dam turbine in Tanzania in August.

The installation took place at the Julius Nyerere Hydropower Station and Dam project in Tanzania in the presence of officials of the Ministry of Energy and the Tanzanian Electricity Company.