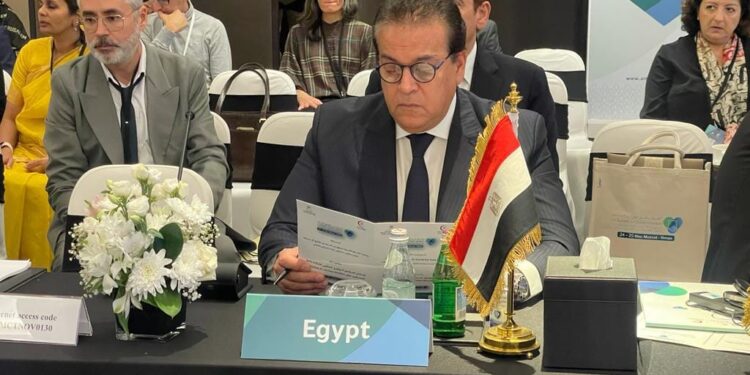 MUSCAT/CAIRO – Egypt’s Minister of Health and Population Khaled Abdel Ghaffar has underscored the seriousness of the unregulated use of antimicrobials, which he said has become a major cause of death for more than 1.2 million people worldwide, surpassing the number of deaths due to HIV/AIDS or malaria.

Abdel Ghaffar made the remarks during his participation in the third Global High-Level Ministerial Conference on Antimicrobial Resistance (AMR), which paves the way for the 2024 United Nations General Assembly (UNGA) High-level Meeting on AMR.

The minister stressed the significant political commitment to the challenge of antimicrobial resistance since 2016, when a Political Declaration was adopted by the UNGA High-Level Meeting on Antimicrobial Resistance.

The Egyptian minister emphasized the importance of the third meeting Global High-Level Ministerial Conference, which he said reflects the growing interest in the challenge of antimicrobial resistance and a clear vision that has been translated into effective steps towards achieving the Sustainable Development Goals by 2030. (