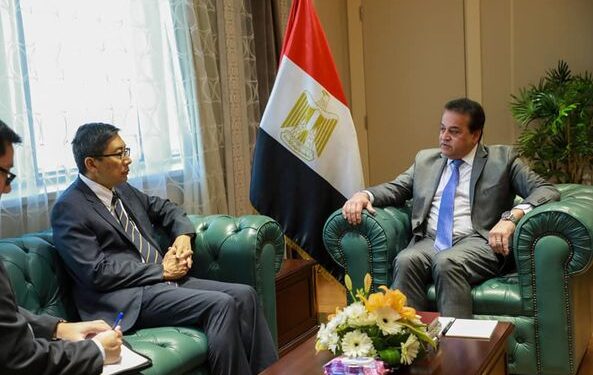 The Egyptian Health and Population Minister Khaled Abdel Ghaffar has discussed with Singaporean Ambassador to Egypt Dominic Goh ways of boosting bilateral co-operation between Egypt and Singapore in the health sphere.

During the meeting, that was held at the ministry’s premises in the New Administrative Capital, the two sides probed opportunities for joint co-operation between the two countries in the sphere of training human cadres of health service providers, said Health Ministry Spokesman Hossam Abdel Ghaffar.

The two sides also tackled opportunities of paying visits between the health sector’s officials to exchange expertise in the sphere of hospital management, healthcare and preventive measures, added the spokesman.

The minister further discussed with the Singaporean side ways of enhancing co-operation in providing training to the nursing stuff, especially in the specialisations of intensive care, emergencies, new born, education, training, and nursing, according to the spokesman.