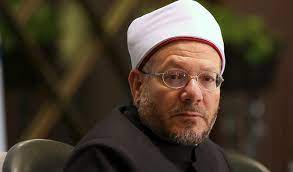 CAIRO – Egypt’s Grand Mufti Shawky Allam headed on Sunday to Britain at an official invitation from the UK Parliament.

He is scheduled to deliver a speech before the House of Commons and the House of Lords at the beginning of his visit.

The speech will be the first of its kind, following a successful virtual meeting of Shwaky with members of the two houses.

In pre-departure statements, Shawky said he will meet with a number of senior UK officials and the London mayor.

He will also deliver a number of lectures and seminars in several forums and British research centers.