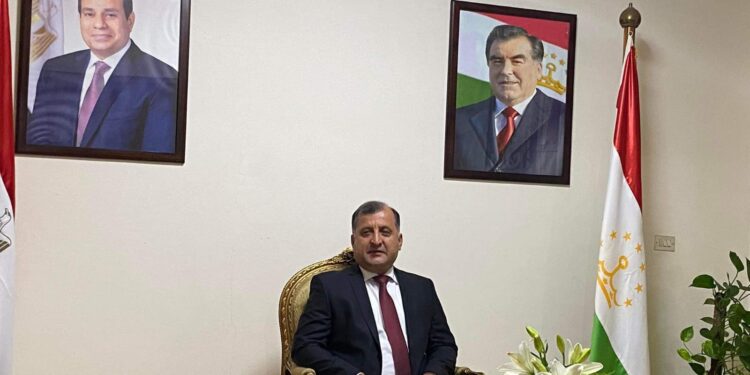 Though Tajikistan got its independence from the former Soviet Union just 31 years ago, its bilateral ties with Egypt are progressing rapidly in diverse fields. The Tajik president Emomali Rahmon visited Egypt three times in 2007, 2009 and the last visit took place last March, a matter that reflects Tajikistan’s genuine will to open up new horizons for co-operation with Egypt.
Speaking to The Egyptian Mail, Tajik Ambassador Zarobiddin Kosimi said that the early years of independence were very difficult and were a period of serious examinations for Tajik people. However, during this short historical period, the country has transformed from a “war-torn” country into a developing, progressive and highly active country in the region and the world. 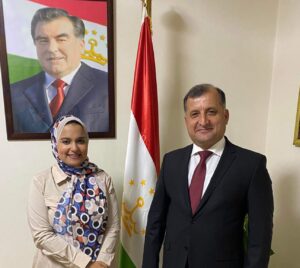 “Over the course of 31 years, our country has gradually been able to strengthen its political positions on the global arena, and establish bilateral and multilateral relations with countries of the world and international and regional organisations,” he remarked. Tajikistan has launched many global initiatives in the field of clean water, he added.
As for joint co-operation with Egypt, the ambassador pointed out that April 1, 2023 will mark the 30th anniversary of the establishment of diplomatic relations between the two countries. He also stressed his country’s keenness on moving forward towards elevating bilateral relations to the level of the aspirations of the Tajik and Egyptian peoples within the framework of strengthening bilateral relations between the two countries.
The ambassador referred to the opening of the Tajik embassy in Cairo. “ It is the only representative of Tajikistan in the Arab and African countries,” he noted. The ambassador also said that Egypt is one of the pivotal countries in the Middle East and North Africa, occupying an important position in the foreign policy of Tajikistan.
The ambassador also announced that the coming period will witness the establishment of an Egyptian embassy in the capital Dushanbe due to Egypt’s interest in Tajikistan, especially its experience in managing water resources.
“There are many similarities between the two countries, such as the ancient history and rich culture, as well as the active participation and support for each other in international and regional issues,” he elaborated. 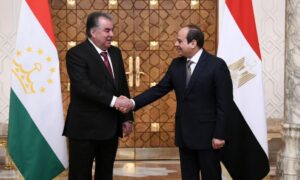 Last March , President Abdel Fattah El-Sisi received President of Tajikistan Emomali Rahmon and discussed ways to enhance co-operation between the two countries at various levels, especially in the fields of mining, agriculture, water resources, tourism and health.
President Sisi welcomed the visit of the Tajik president to Egypt, praising the common cultural and historical ties between the two countries, stressing Egypt’s interest in developing bilateral relations with Tajikistan and exchanging experiences with it in various fields, in order to achieve the common interest of both countries.
For his part, the Tajik president expressed his appreciation for the warm reception and hospitality, stressing his country’s pride in the distinguished bilateral relations with Egypt, and Tajikistan’s interest in benefiting from the giant national projects and the pioneering development experience that Egypt is They also discussed co-operation in the field of training and technical support programmes that Egypt provides to Tajik cadres.
The two presidents also witnessed the signing ceremony of a number of memoranda of understanding and co-operation agreements in the fields of agriculture, youth and sports, and higher education.
“The Tajik president’s recent visit to Egypt opened new chapter in bilateral ties between the two countries,” he said.
The Tajik envoy said that the third session of the Egyptian-Tajik Intergovernmental Committee for Economic, Scientific and Technical Co-operation, is to be held to enhance areas of economic co-operation and present investment opportunities between the two countries, with a focus on investment, trade, industry, mining, agriculture, communications, information technology, health, medicine, electricity, energy, tourism, education and research. Scientific, environmental protection, culture and media.
On environmental level, the ambassador said that a high-level delegation from Tajikistan is to take part in COP27 due to be held in Sharm El Sheikh this November, hailing Egypt’s egypt’s environmental efforts.
He also stressed the need to maintain the Earth’s temperature, pointing to the danger of melting ice and the resulting rise in sea levels and the impact on low-lying areas around the world. This results in the displacement of the population.

The ambassador went on to say that Tajikistan pays special attention to strengthening cooperation in green energy and green economy fields. He also highlighted the joint Turkish and Egyptian contributions to the “International Water and Climate Coalition”, which aims mainly to achieve integration between the water and climate agendas and adopt rational policies to deal with water and climate issues, and accelerate the achievement of the sixth goal of the sustainable development goals. 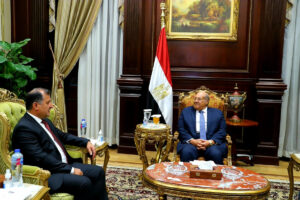 The ambassador has also recently met President of the Senate of Egypt Abdul Wahab Abdul Raziq.
At the meeting the issues of expanding multifaceted co-operation between the two friendly countries, in particular, the establishment and development of mutually beneficial inter-parliamentary ties were discussed.
Great interest was shown in the revitalising the work of the inter-parliamentary friendship group, the exchange of visits and the study of the experience and professional skills of both sides.

Both sides agreed to establish the Egyptian-Tajik Parliamentary Friendship Association with the aim benefiting from the experience and professional skills of both countries.