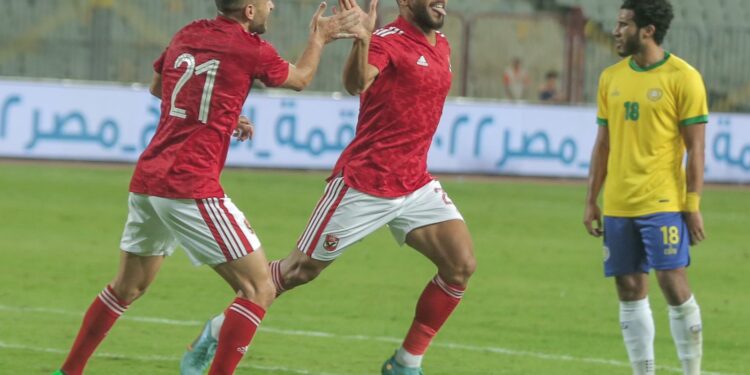 The Reds controlled most parts of Wednesday’s game, creating several dangerous chances which were saved by the opponent’s goalkeeper, Mohamed Fawzy.

The first half started with great pressure from the Eagles to score the opener but were faced by a solid defense from Ismaily players.

In the first twenty-five minutes of the game, Taher Mohamed Taher and Mohamed Sherif created two dangerous chances but Fawzy rose to the occasion.

On the other side, Ismaily looked to score a goal from counter-attacks.

In the final twenty minutes of the first half, the Reds kept searching for the opener but were unable to change the result.

The Reds maintained their pressure in the start of the second half.

Minutes went by with no change in the result, which made Marcel Koller, Al-Ahly manager, use his bench for the first time in the 61st minute and replace Ahmed Abdelkader with Karim Fouad.

Shady Hussein didn’t wait for long to make his first impact in the game, as he converted Karim Fouad’s cross into the net to score our winning goal in the 73rd minute of the game.

In the 83rd minute of the game, Bruno Savio made way for Amr El Soulia.

The final minutes went by with no change in the result; however, the Reds played in the dying seconds of the game with ten men after Taher Mohamed Taher was sent off in the 93rd minute of the game. 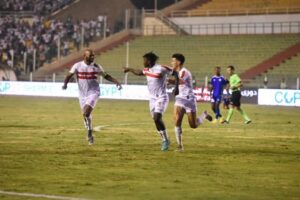 The match was held on Wednesday at the Arab Contractors Stadium.
Zamalek opened the game’s goals in the 79th minute through Sherif Reda’s goal after a powerful shot from Shikabala, and Samson Ekinola added the second goal in the 93rd minute.
With this result, Zamalek took second place with 3 points, behind leaders Ceramica by goal difference.