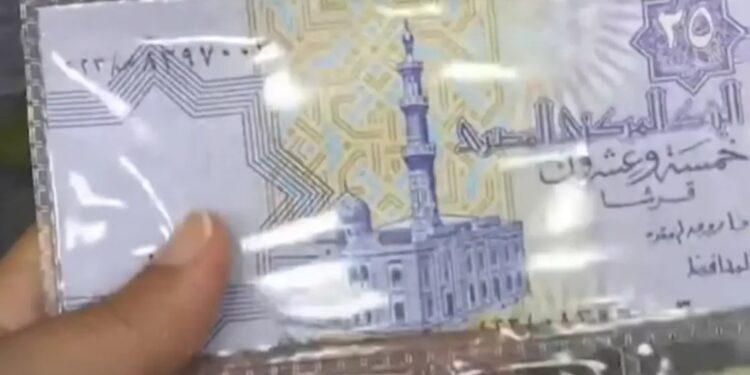 As a shock to Egypt’s 1990s generation, banknotes and coins’s small groups have been sold twice their original price at souvenir shops in Hurghada, Red Sea governorate.

A bank note worth twenty-five piasters, five piasters and 10 piasters, which were school fees for children of the 1980s and 1990s, are sold in a plastic wallet for LE65 to LE70.

They couldn’t imagine that their daily expenditure was sold hundreds of times higher than its value. 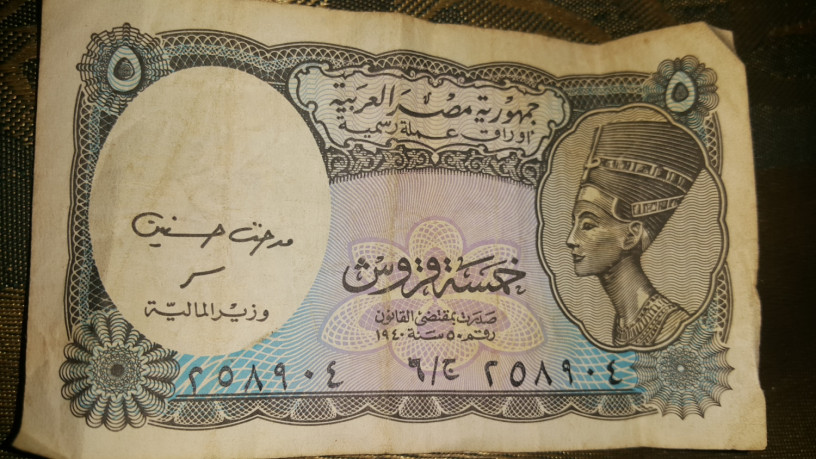 The Egyptian pound recorded an unprecedented decline against the dollar during the past few weeks.

With the rise in the price of the dollar to 30 Egyptian pounds, the pound has lost about half of its value since last March, when the Central Bank of Egypt announced a more flexible policy in the exchange market.

Half the piaster was the tariff, and some continue to mention that the bottle of soda in the early 1960s was a three tariff, as was the egg, and 1kg of meat was alsosold in piasters. Suddenly in the 1970s when it jumped to the pound, the demonstrations came out cheering that 1kg of meat is worth a pound!

The rest of the foodstuffs of cheese, beans, halva and olives were sold by piasters, tariff, nickel and millieme. The piaster drew its strength from millieme and the coin was not written on it ten milliemes.

In their memory, Egyptians remember several names for coins traded starting with “Sahtoot“, a name that used to be called coins of very small value. The last coins bearing this name were the category of one tenth of a piaster.

The higher categories were “shillings”, which were equal to 5 pounds, and “preeza“, which is equal to 10 pounds, and which was named after Paris City, where the 10 pounds’ coin was minted in 1863, and “riyal”, meaning royal, was equal to 20 pounds.

In 1885, Monetary Reform Act was issued, whereby gold became the basis of the monetary system to have a unified currency, the Egyptian Golden Pound.

In 1899, the Egyptian banknote pound was issued and its exchange rate for gold was fixed to 7.43g of gold.