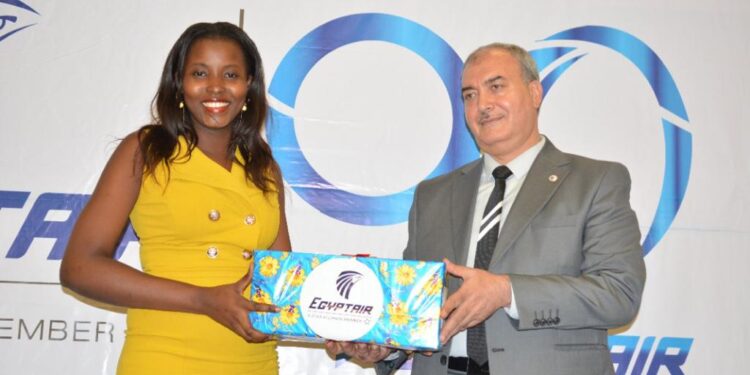 EgyptAir held a ceremony to honor the distinguished travel and tourism agents in the Cameroonian capital who achieved the highest sales on EgyptAir flights during the past year. 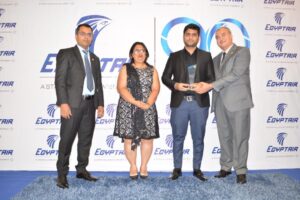 For their part, the travel and tourism agents praised the advanced level of EgyptAir among international airlines and the company’s role in supporting the movement of tourism and travel, and they congratulated EgyptAir on the occasion of the 90th anniversary of the establishment of the national company. 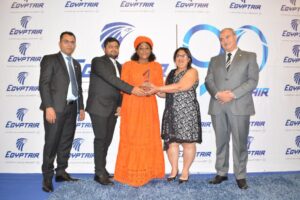 At the end of the celebration, Tarek Galal, director of the EgyptAir Airlines office in Cameroon, handed over the shields of honor to the travel and tourism agents who achieved the highest sales percentage and thanked them for their efforts and cooperation with EgyptAir, as well as taking memorial photos with them. 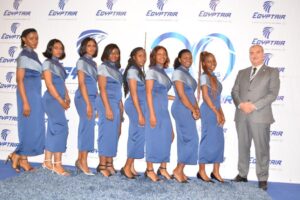 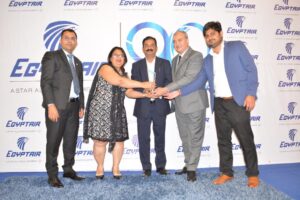