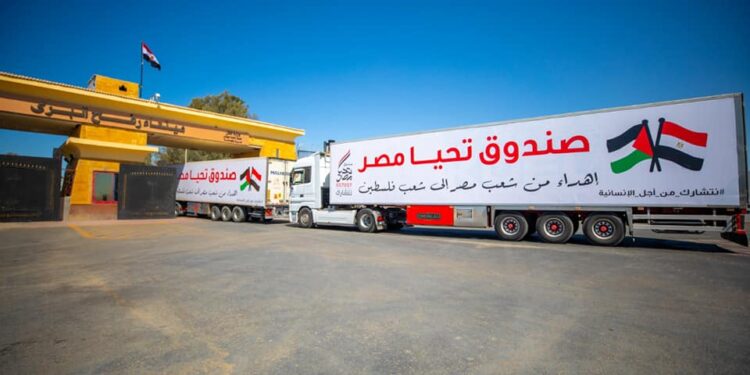 Egypt Monday dispatched a convoy of aid as a gift for Gaza Strip residents upon directives of President Abdel Fattah El Sisi.

The aid convoy included 52 trucks of humanitarian aid as a gift from President Sisi and the Egyptian people to the struggling residents of Gaza Strip. 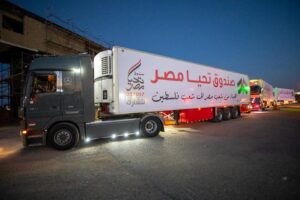 Meanwhile, Egypt’s Tahya Misr Fund’s aid convoy arrived late Sunday at its last stop in the Rafah border crossing in on its way to the Gaza Strip to deliver aid to Palestinians upon directives of President Sisi.

In a statement Monday, Tahya Misr Fund said the convoy is the third of its kind to be dispatched to Gaza as part of Egypt’s initiative to reconstruct the strangled Gaza enclave. 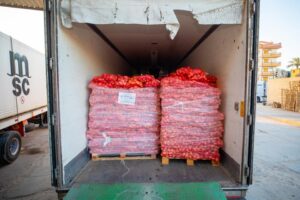 The convoy has been prepared via donations from the various Egyptian industrial and trade companies in response to the Egyptian initiative launched by President Sisi to sponsor and reconstruct the struggling enclave, according to the statement.

Egypt’s Sovereign Fund, Tahya Misr had announced allocating account No. (037037 – Reconstruction of Gaza) in all Egyptian banks, to receive financial contributions and donations to meet the daily and medicinal needs of the Palestinian people and for the reconstruction of their country.