by Doaa Zakaria
in Egypt, Features
0 0
0 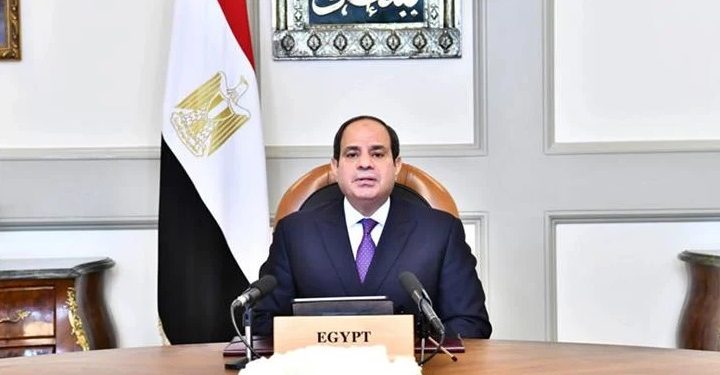 President Abdel Fattah El Sisi delivering a speech to the opening session of the 2nd Aswan Forum for Sustainable Peace and Development which convened in Aswan City Monday.

The minister referred to a comprehensive development in Egypt, of which the foundations have been laid by President Sisi. This has been embodied in scores of national projects in the field of roads, electricity, providing a decent life for the neediest villages in addition to restoring the rights of the people and future generations to preserve state property and lands and removing all encroachments of the last four decades.

Roads, flyovers Some LE50 billion was spent to paving and raise and building bridges at crossroads intersections and railway level crossings.

This will reduce accidents, prevent traffic jams, and shorten journey times to places of work and home.
About 35,000 kilometres of road have been resurfaced, 80 pedestrian bridges have been built, along with 35 flyovers and 15 pedestrian subways. These projects created 500,000 jobs.

Environment, public health Sharaawi referred to presidential directives for a clean environment and the new
waste system. LE34 billion was spent on the cleaning and beautifying programme and covering waterways in villages and cities to safeguard public health.

This entailed the purchase of new cleaning equipment and the maintenance of old, covering waterways (canals and drains) within the residential blocks, and giving a facelift to the entrances of 75 cities, neighbourhoods, and 500 villages. 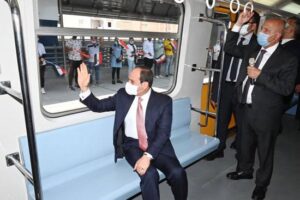 Four new refuse recycling plants have been set up in three governorates at a cost of LE305 million. Four sanitary landfills in three governorates have been created for LE84 million, plus 33 mobile intermediate stations in 8 governorates costing LE174 million, and 15 fixed intermediate stations in 8 governorates costing LE345 million.
Electricity supply LE19 billion was spent on improving domestic electricity supply and lighting services, thereby meeting the needs of those wishing to establish small and medium projects.

Security, fire service, traffic Regarding the field of security, firefighting and traffic, 3500 projects were implemented, including the supply of rescue vehicles, the construction of fire stations, the supply of firefighting, security vehicles, the supply of equipment and rescue missions at a cost of LE7 billion, which provided 35,000
jobs. LE 9 billion was spent on public transport in Cairo and Alexandria, which created 60,000 jobs to purchasing new buses, electric buses and gas-fuelled buses. 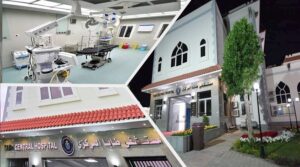 Qena, Sohag Making Qena and Sohag the most attractive governorates for investment, a ministry programme in Upper Egypt costing $1 billion from the World Bank was created to enhance competitiveness, provide a business
environment and climate for investors and improve public services.

From January 2018 to June 2021, 3,707 projects were established in the sectors of drinking water, sewage, roads, transportation, canal covering, strengthening local units, economic development and improving the environment at a cost of LE12 billion.

Job creation Young people and women who are sole or principal breadwinners have benefited from the creation of jobs while small and microprojects have received funding and technical support.

National Project for Human and Community Development was launched to provide soft loans for the implementation of micro, small and medium projects for youth.

The Local Development Fund invested LE170 million schemes generating 23,000 jobs. ‘Your job in your village’ initiative This initiative provided young people and women who are sole breadwinners jobs and developed local communities. This was in coordination with the governorates and the Ministry of Agriculture. Some 370 plots of land were provided in Ismailia, Fayyoum, el-Minya and Menoufia to establish industrial complexes for small, medium and micro enterprises The project aims to provide more than 400 jobs.

‘Holy Family Route’ project This was one of the most important national projects supervised by the Ministry
of Local Development in coordination with the Ministry of Tourism and Antiquities.

Eight governorates (Cairo, Beheira, Sharqiya, Gharbiya, Kafr El-Sheikh, Minya, Assiout, and North Sinai ) are currently involved in the project. Governorate authorities have been paving roads and developing areas along the route travelled by the Holy Family and providing stopping points on the route with tourist facilities.