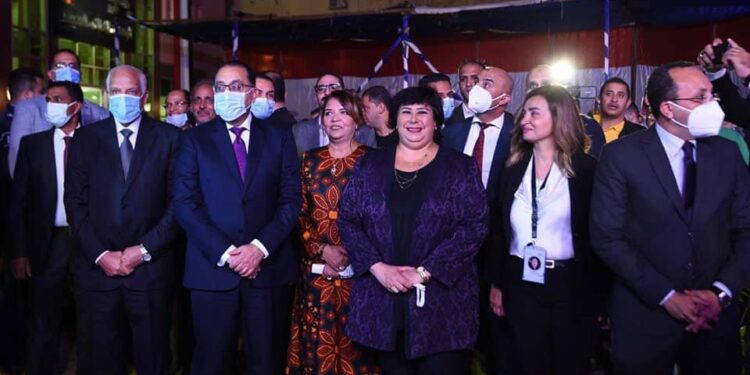 Prime Minister Moustafa Madbouli was at the Academy of Arts on Wednesday to open the new premises of the Higher Institute of Cinema.

The prime minister described in his speech at the opening ceremony the new building as “evidence of government’s interest in soft power and belief in their influential role in development and nation-building”.

“The new premises represents qualitative shift in the training of personnel who can restore the glories of Egyptian cinema,” the premier added.

The prime minister addressed artists and filmmakers, saying that Egypt will see more progress in the cinema industry thanks to Egyptian soft power and expertise.

For her part, the minister of culture said she was highly pleased with the prime minister’s attendance at the opening of a culture ministry project, noting that through its history, Egypt has been gifted with civilised leadership in various fields of life.

The idea of arts academy originated with Tharwat Okasha, who was minister of culture during the 1960s, the minister said.

“The academy was the first of its kind in the Arab region and its mission is to refine talents and nurture creativity,” the minister added.

“With the new advanced technology, the cinema institute opens a bright chapter in qualifying the coming generation in cinema and directing.

Arts Academy head, Ghada Jabara gave a rundown of the features of the new five-storey Higher Institute of Cinema, which stands on an area of 4,400 square metres.

Built at a cost of LE250 million, the building comprises exhibition halls and photo laboratories.

On the first floor are seminar rooms and reception halls, film editing, computer laboratories, a film studio and a library.