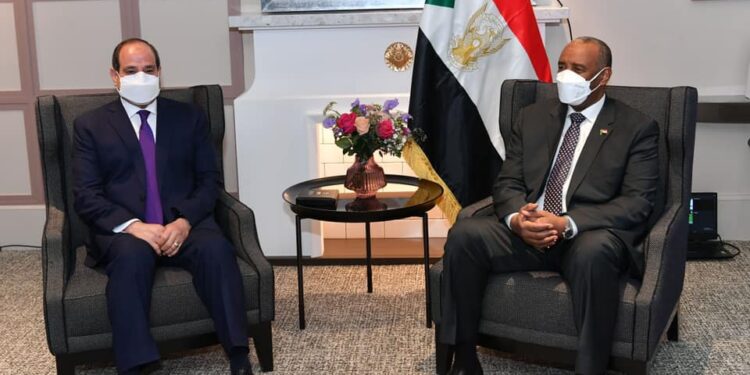 PARIS – Egyptian President Abdel Fattah El Sisi has stressed that Egypt is keen to strengthen and promote relations with Sudan to contribute to achieving the interests of both countries, particularly in security, military, economic and trade domains.

The president’s statements came on Sunday at his meeting with President of Sudan’s Transitional Sovereign Council (TSC) Abdel Fattah al-Burhan in the French capital Paris.

Sisi underlined Egypt’s keenness on participating in the Paris conference on supporting democratic transition in Sudan to back the Arab country in all fields.

The Sudanese leader added that his country depends on Egypt to make use of its successful experience in different strategic development domains given deeply-rooted ties between both countries.

The meeting also touched upon the latest regional developments of common interests to the two counties, including the Grand Ethiopian Dam issue and the situation on Sudanese-Ethiopian border.