N. Korea fires fresh missiles in response to US sanctions 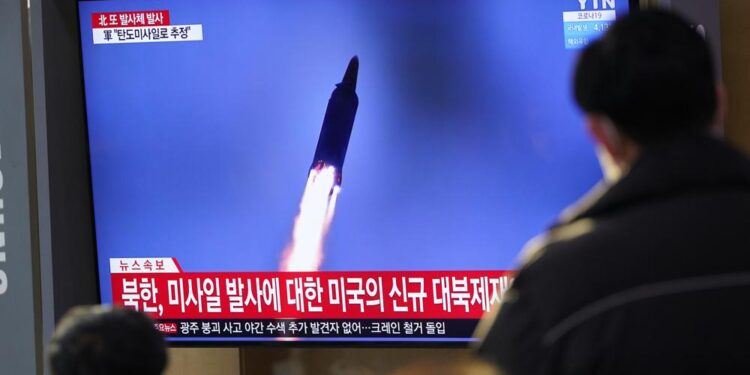 SEOUL — North Korea on Friday fired what appeared to be two short-range ballistic missiles in its third weapons launch this month, officials in South Korea said, in an apparent reprisal for fresh sanctions imposed by the Biden administration for its continuing test launches.

The missiles flew 430 kilometers cross-country on a maximum altitude of 36 kilometers before landing in the sea, the military said.

Japan’s coast guard urged vessels to pay attention to falling objects, but Chief Cabinet Secetary Hirokazu Matsuno said there were no reports of damage to vessels or aircraft.

The test-launch of a hypersonic missile on Tuesday — the second in a week — was overseen by leader Kim Jong Un, who said it would greatly increase his country’s nuclear “war deterrent.”

Leif-Eric Easley, a professor at Ewha University in Seoul, said North Korea appears to be signalling it will not be ignored and will respond to pressure with pressure.

“North Korea is trying to lay a trap for the Biden administration,” Easley said. “It has queued up missiles that it wants to test anyway and is responding to US pressure with additional provocations in an effort to extort concessions.”