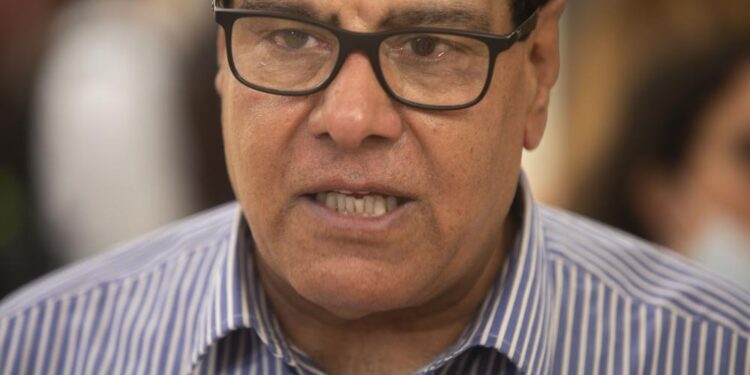 Dr. Izzeldin Abuelaish lobbying for support for a college to honour his daughters and niece at the Knesset,Wednesday, Nov. 10, 2021.

TEL AVIV — Izzeldin Abuelaish captured widespread sympathy in Israel when he lost three daughters and a niece in an Israeli strike during the 2009 war in the Gaza Strip. Now, the Palestinian doctor is seeking justice in Israel’s highest court.

Abuelaish is scheduled to appear before the Supreme Court in Jerusalem on Monday in hopes of receiving an apology from Israel and compensation for his loss, according to AP.

The Harvard-educated doctor, a widower who moved to Canada after the tragedy, says he is hopeful that he will prevail. But after a lower court rejected his case in 2018, he knows he might have traveled 9,000 kilometres (6,000 miles) only to lose again.

In an interview with The Associated Press, Abuelaish said that such an outcome would only shine a brighter light on the injustice of his family’s pain. Either way, he says, the retelling of the story is a step in itself on the path toward a legacy of peace for his daughters — of “creating life from death and killing.”

“If we have a positive answer from the court, this is a great success,” Abuelaish said. But whatever the legal result, “I am determined we are not the victims anymore.”