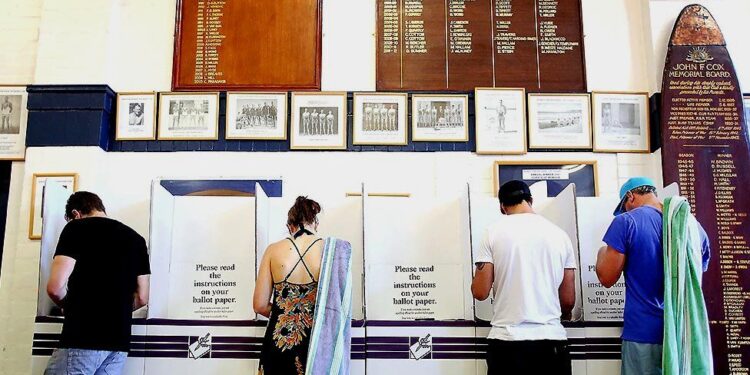 SYDNEY – Australians vote in a national election on Saturday, with opinion polls showing the opposition Labor Party narrowly ahead of the ruling conservative coalition although a strong showing by climate-focused independents could lead to a hung parliament.

As Labor focussed on spiking inflation and sluggish wages growth, Morrison has made the country’s lowest unemployment numbers in almost half a century the centrepiece of his campaign’s final hours. Inflation has risen twice as fast as wages keeping real income in the red.

While the economy is a key issue, several so-called “teal independents” are challenging key Liberal held seats, campaigning for action on climate change after some of the worst floods and fires to hit Australia.

In the outgoing parliament, the Liberal-National coalition held 76 of the 151 lower house seats, while Labor held 68, with seven minor party and independent members.

Voting is compulsory and initial results should be known by Saturday evening, although the Australian Electoral Commission has flagged a clear winner may not immediately emerge if it is a close contest due to the time required to count about 3 million postal votes.

More than half of votes had already been cast by Friday evening, with a record 8 million early in-person and postal votes, the Australian Electoral Commission said.

A time difference of two hours between the east and west coasts means voting centres in Western Australia will still be open as the initial counts start coming from the populous east coast states, which have 124 of the lower house’s 151 seats.