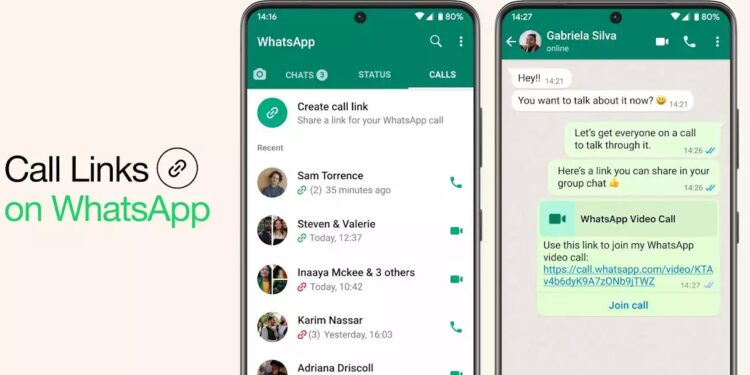 Call Links will be available for both audio and video calls starting this week, so it can be an alternative to Zoom or Google Meet calls.

SAN FRANCISCO ― Mark Zuckerberg announced that they are rolling out Call Links on WhatsApp.

Basically, the feature lets you share a link to start a call. But I don’t know how WhatsApp plans to protect video calls from people who could potentially obtain these links fraudulently.

“We’re rolling out call links on WhatsApp starting this week so you can share a link to start a call with a single tap. We’re also testing secure encrypted video calling for up to 32 people. More coming soon,” wrote Zuckerberg.

Call Links will be available for both audio and video calls starting this week, so it can be an alternative to Zoom or Google Meet calls. It’s even more convenient for us in Malaysia, because WhatsApp is used on a regular basis here.

The feature only works if you already have WhatsApp installed. But it will be rolled out to both Android and iOS users — so if you don’t see the feature right now, it should appear in a few days or so.

While Call Links seem convenient and easy to use, there is still a concern that the links can be forwarded to anyone — so it isn’t as safe to use. For example, if you started a Call Link and sent it to a few people, the people who have the links could potentially forward them to other people — and so on.

To that, Mark Zuckerberg remarked that WhatsApp has only just started “testing secure encrypted video calling for up to 32 people”. Shouldn’t WhatsApp concentrate on making the calls safer first?

As of now, I — as well as my team members — do not have the feature yet on the app.