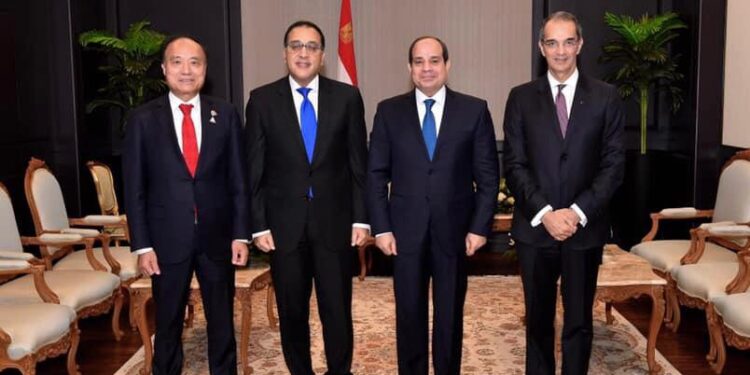 The ICT sector has witnessed great development over the past seven years as a result of the full support that the sector has received from President Abdel Fattah El Sisi, in light of the state’s orientation towards building “Digital Egypt”. This support represented an incentive for the ICT sector to intensify its efforts in implementing several projects that aim at enhancing Egypt’s position on the ICT industry map, enabling the state’s other sectors to achieve digital transformation, and contributing to economic growth. This is in addition to building a broad base of professionals, in the technology fields, to be capable of implementing major national projects.

The ICT sector has succeeded in achieving high performance rates at the economic level. The sector’s indicators during the last fiscal year showed an increase in the sector’s contribution to the Gross Domestic Product (GDP) to reach 4.4%, and in the sector’s domestic product volume to reach LE107.7 billion, while the growth of digital exports totaled $4.1 billion. 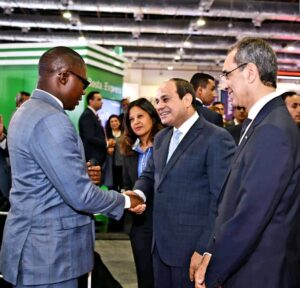 Within the framework of the State’s vision to achieve digital transformation and build Digital Egypt, the Ministry of Communications and Information Technology (MCIT) has co-operated with all the State’s agencies and institutions in order to create an integrated and secure digital system to achieve a paradigm shift in the provision of government services to citizens. The most notable achievements in this pillar were as follows:

– More than 75 government databases have been linked to each other in co-operation with the Administrative Control Authority (ACA) within the framework of the implementation of the national project for the developing the information infrastructure of Egypt, which aims to enhance the comprehensive vision of planning and address duplication in databases. This project is the main pillar on which Egypt’s digital applications are based.

– The digital transformation system in Port Said governorate has been implemented as a first phase by launching more than 150 digital services in the governorate. The project’s work included automating the government and service sectors in the governorate, and linking them to the State’s unified databases in co-operation with the service-providing sectors.

Within the framework of the mandates of President Abdel Fattah El Sisi, the technology parks project has been implemented in Borg Al Arab in Alexandria governorate, New Assiut in Assiut governorate, Sadat city in Menoufia governorate, and New Beni Suef in the governorate of Beni Suef.

In addition, “Our Digital Opportunity” initiative has been launched to develop small and medium-sized enterprises (SMEs) and independent professionals, through which 10 per cent of Egypt’s digital projects will be allocated to these companies. The first package that was launched, included 31 projects, with an estimated value of LE80 million for the business offered for SMEs.

A number of 16 companies won the implementation of 15 digital transformation projects in government agencies, with a total value of 44 million pounds.

In 2015, the President Abdel Fattah El Sisi launched the electronics design and manufacture initiative “Egypt Makes Electronics (EME)”, which aims to indigenise the electronics industry. Within the framework of implementing the strategy, the first mobile phone bearing the Made in Egypt brand was launched in the local market.

A contract has also been signed with the global company Samsung to manufacture the educational tablet in a new factory of the company to be established in Beni Suef with investments amounting to $30 million, and the factory contributes to providing job opportunities for more than five hundred people. The contract also includes training a thousand technicians on the latest technologies. The construction of the new tablet factory is to be completed by the first quarter of 2022 and manufacturing of the tablet is to start in March 2022.

The first phase of the telecom infrastructure development project was implemented throughout the Republic in 2019 with investments amounting to LE30 billion, followed by the implementation of the second phase in the second half of 2020 at a cost of about LE5.5 billion during the current fiscal year. These efforts have resulted in the doubling of the Internet speed in Egypt more than six times since January 2019. The average fixed Internet speeds in Egypt increased to 39.6 Mbit/s in April 2021 compared to 6.5 Mbit/s in January 2019, and Telecom Egypt was named the fastest fixed network in North Africa.

To improve the quality of communications services provided to citizens, MCIT has achieved the following:

– Offering licenses of the Fourth Generation (4G) services and the virtual fixed phone to the four companies operating in the ICT sector, which signed an agreement to obtain the license and the agreed frequencies in 2016. The value of the licenses amounted to about $1.1 billion, in addition to about LE10 billion. In addition, Telecom Egypt, in which the state owns 80% of its shares, turned into an integrated national operator of telecommunications services after obtaining a license to establish, operate and manage the 4G networks and provide mobile services.

– Offering and allocating new frequency bands for companies licensed to provide mobile phone services in Egypt, with a value of $1.17 billion.

– For ensuring transparency, the Centre issues monthly reports that are published on the website of the National Telecommunications Regulatory Authority (NTRA) to inform citizens and companies of the level of service quality provided by telecom companies.

An ambitious plan has been implemented to reformulate the role of Egypt Post to become an outlet for providing services to citizens. In light of the plan, the development of 1,600 offices out of a total of 4,000 post offices has been completed, in addition to providing Post offices with 750 ATMs. A plan is being implemented this year to establish 500 new offices, develop 1,500 offices, and provide post offices with 1,000 ATMs.

The offices of Egypt Post were also expanded and provided with devices that provide services with modern technologies through the deployment of postal kiosks and the provision of mobile post offices equipped with employees and ATMs to move during the peak hours of the post offices, especially during the times of pension disbursement.

Egypt Post has become an outlet to provide Digital Egypt services, financial inclusion services, and an intermediary between the customer and the companies providing these services, including consumer microfinance, microfinance, and micro-insurance, through which applications are received, applicants’ data are registered, funding is disbursed, and premiums are collected. The launch of the digital “mobile” wallet, which will enable postal customers to obtain micro-loans, pay bills, pay the value of purchases, and make cash transfers are being considered.

To enhance the capabilities of Egypt Post in providing logistics and international e-commerce services, the postal logistics center has been established at Cairo International Airport in accordance with the latest international standards.

In light of Egypt’s leadership at the Arab and African levels, Egypt was elected to chair the African Union (AU) Specialised Technical Committee on Communication and ICT (STC-CICT) Bureau for two years. Egypt has also been elected to chair the Executive Bureau of the Arab Telecommunications and Information Council of Ministers (ATICM) for two years, and it chaired the 24th session of ATICM meeting during which the selection of the New Administrative Capital as the Arab Digital Capital 2021 was announced, for its highly advanced digital and technological infrastructure. 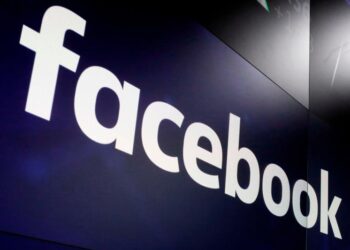 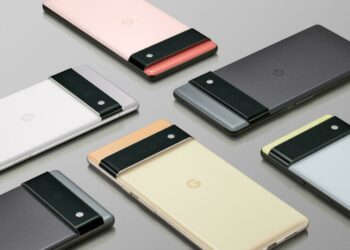 Google is building its own chip for the Pixel 6 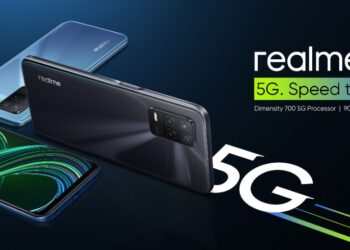