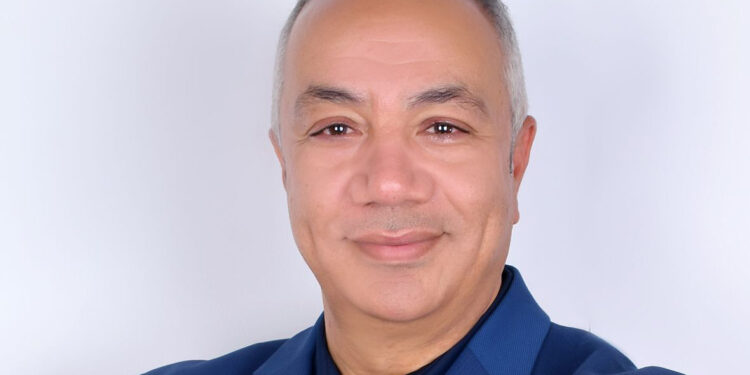 Group-IB, a global threat hunting and adversary-centric cyber intelligence company that specialises in investigating and preventing hi-tech cybercrimes, recently revealed a large-scale, ongoing scam targeting the Middle East and Africa (MEA) region. Nearly 140 well-known brands from 16 countries across the region were leveraged by scammers in fraudulent schemes designed to steal user personal and payment data — and at least eight of the brands exploited in this multi-stage scam were affiliated with Egypt. 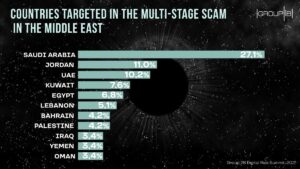 As part of the scam, fake web pages are created by scammers. A typical victim receives a link to these via social media channels or messenger services, or sees them advertised on search engines. The link invites the victim to participate in a prize draw, or a promotional offer, or a survey associated with a well-known brand or celebrity. The landing page contains an online form designed to extract the victim’s key personal details, and once filled in, the victim is declared a winner and instructed to share the link with their contacts. This expands the scam surface, while the victim is redirected to other scam resources — new giveaways, phishing websites, or websites that infect devices with malware. The total monthly audience of web resources used as a final stage of this scam to talled almost 500,000.

The majority of brands exploited through this multi-stage scam, that is34.8%,fell under the umbrella of the telecommunications industry, 10.4% fell under public services, and 9.6% fell under retail. Other affected industries include entertainment, food-and-beverage, automotive, electronics, oil-and-gas, and banking and insurance.Group-IB analysts also detected over 4,300 scam web pages registered using legitimate blog-publishing services this year alone, 160 of which were scam pages exploiting Egyptian brands. 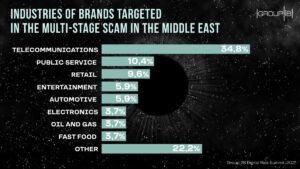 The pandemic sent businesses around the world online — today 40% of all sales are conducted through social media. This has translated into unprecedented growth, but it has also multiplied the threat surface. In total, fraud accounts for 73% of all online attacks: 56% are scams, which lure victims into voluntarily revealing sensitive data, and 17% are phishing attacks, which result in the theft of bank card details.

“It’s not enough for organisations to employ a simple monitoring approach and blocking individual links, not with online fraud escalating at its current rate. Prevention tools should capably and efficiently detect the entire infrastructure mounted by a scammer, and identify each of the elements involved. This is where a scam actor-centric approach, such as the one adopted by Group-IB, comes in — it automates the monitoring process and renders it more sophisticated and more scalable,” noted Ashraf Koheil, MEA Director of Business Development, Group-IB.

Group-IB, which has recently opened the doors on its first Threat Intelligence & Research Center in the MEA region, also added that scam and phishing incidents detected by the company in the Middle East grew 27.5% in 2020, compared to the year before. It also presented analysis from several other fraudulent schemes discovered using its patented scammer tracking technology Scam Intelligence. In under a year, the system has saved nearly USD 443 million in potential damages for companies in the Asia-Pacific region, Russia, Europe, and the Middle East. 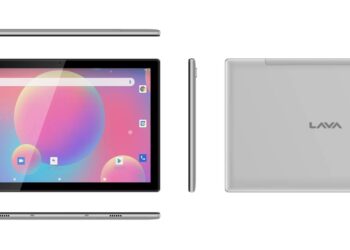 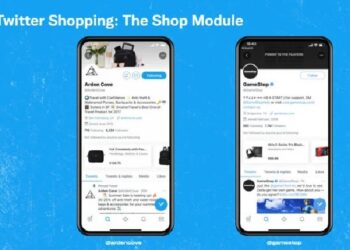 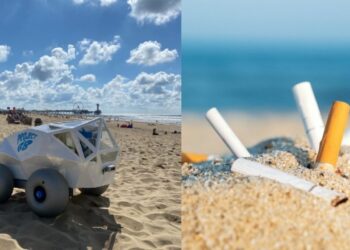