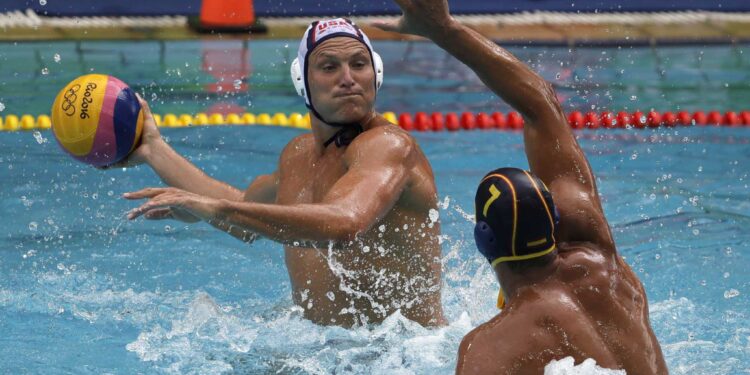 STOCKHOLM – Jesse Smith is heading to his record-tying fifth Olympics after he was selected for the US men’s water polo team for the Tokyo Olympic Games.

The 38-year-old Smith leads a 13-man team that includes five players from the country’s disappointing 10th-place finish in Rio. Smith matches Tony Azevedo for most Olympic teams for a US water polo athlete.

The 6-foot-4 Smith, who played in college at Pepperdine, won silver at the 2008 Beijing Games, the last time the US won a medal in the tournament. 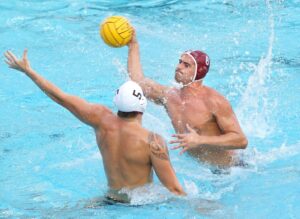 The US is coming off a surprising second-place finish in the World League Super Final. It beat Italy 10-8 in the semifinals before losing 9-8 to Montenegro.

Ben Hallock, Alex Bowen, Luca Cupido and Alex Obert also are back from 2016. Hallock, a 6-foot-6 center from Stanford, was 18 when he competed in Rio, and he is expected to take on a bigger role in Tokyo.

“The (national) team dynamic, especially this year, has been extremely different,” Hallock said in a Twitter video. “We’ve all been playing in Europe, but it’s also brought us a lot closer.

Especially with the pandemic, being able to train in Europe a lot more often together, and especially some really good results that we’ve had leading up to the Olympics, I think the team has come together really nicely.”

Hannes Daube, Johnny Hooper and Marko Vavic are among the eight Olympic newcomers.

The 21-year-old Daube is considered one of the best young players in the world. He played for Olympiacos in Greece this season, alongside fellow US attacker Max Irving.

Hooper, 24, brings some offensive punch after he scored 245 goals for the University of California, ranking second on the school´s career list behind three-time Olympian Chris Humbert. Hooper’s mother, Mimi, was born in Kumakura, Japan.

Vavic also made his first Olympic team. Vavic´s father, Jovan, is awaiting trial after pleading not guilty to fraud and conspiracy charges after he was arrested as part of a college admissions bribery scandal.

Marko Vavic, 22, scored 108 times over his first two seasons at Southern California, but the 6-foot-5 attacker is known more for his defensive ability.