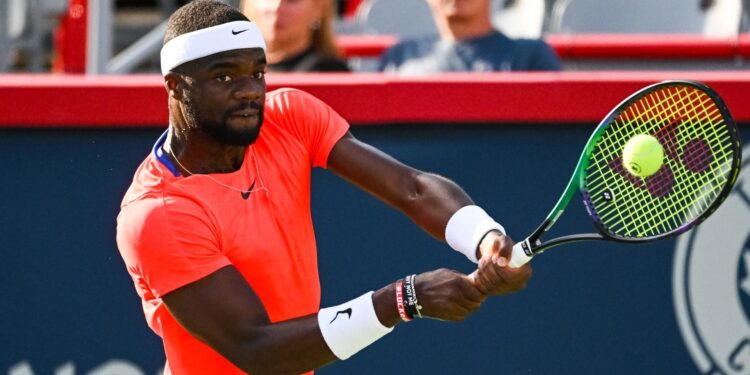 TOKYO — US Open semi-finallist Frances Tiafoe said that he was “flying high on confidence” after beating Yasutaka Uchiyama 6-3, 6-4 in the first round of the Japan Open. Also, US Open finallist Casper Ruud admitted he was running on fumes after losing 6-3, 6-3 to Spain’s Jaume Munar on Tuesday.

The Norwegian lost to Carlos Alcaraz in the Flushing Meadows final last month and he has hardly taken his foot off the gas since then, playing in the Davis Cup and Laver Cup before heading to last week’s Korea Open.

Top seed Ruud finally hit the wall in Tokyo against world number 58 Munar, having his service broken twice in the first set and dumping shot after shot into the net all match.

“I might have pushed a little too much and tried to go for too many tournaments and too many matches in a row but I really wanted to come to Asia and play these tournaments,” said the world number three.

The American made a name for himself when he stunned Rafael Nadal on his way to a shock final-four appearance at Flushing Meadows last month before playing a starring role at the Laver Cup.

The world number 19 is playing his first singles tournament since the US Open this week in Tokyo and he dispatched Japanese wild card Uchiyama with little fuss.

Tiafoe said he was “not really feeling any pressure” despite his recent achievements putting him firmly in the spotlight.

“Every day is different, guys may play well and they may beat you — you’ve got to live with it,” he said.

“I’m flying high on confidence and I’m just staying with my process.”

Tiafoe will play Bernabe Zapata Miralles in the second round after the Spaniard beat Japan’s Taro Daniel 7-5, 7-5.

Tiafoe did not lose a single service game against Uchiyama and closed the match out in one hour, 12 minutes.

“I hit the ball well from the ground, I moved well, made first serves when I needed them,” he said.

“It was straight sets, I didn’t get broken — it could be worse.”

Elsewhere, women’s tennis world number one Iga Swiatek criticised governing bodies for not organising the calendar better as she announced she will not play for Poland in the Billie Jean King Cup finals in Glasgow in November.

The BJK Cup — which is organised by the International Tennis Federation — begins on November 8; the day after the prestigious season-ending WTA finals reaches a climax in Fort Worth, Texas.

Swiatek posted a statement on her Instagram account saying that after a long discussion with her advisers she had decided it would not be good for her health to play.

“I will not be able to play at the Billie Jean King Cup at Glasgow,” she said.

“And it makes me sad. I’m very sorry, because I play for Poland whenever it’s possible and I always give it my best.”

Swiatek said she was going to address the issue of the scheduling with both the ITF and the WTA.

The Poles have been drawn in Group D alongside the Czech Republic and the United States.

“I’m disappointed that tennis governing bodies didn’t come to an agreement on something as basic as the calendar of tournaments, giving us only one day to travel through the globe and changing the time zone,” said the 21-year-old.