by Sahar Elzayaty
in Egypt, Sports
0 0
0 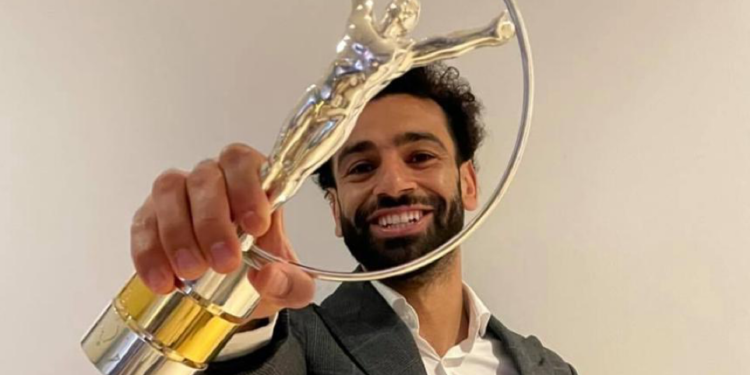 The official Facebook account of The Laureus World Sports Awards announced on Thursday that Egyptian football star Mohamed Salah won the Sporting inspiration award for 2021.
“The Laureus Sporting Inspiration Award goes to Mohamed Salah,” The official account of the award also tweeted.
“In a year where Salah fired Liverpool to a first Premier League title in 30 years, he also aided regeneration projects in his hometown, donating money to build a school, hospital and ambulance unit,” it added.
In a video posted by the The Laureus World Sports Awards, Mohamed Salah said he is very proud to have been chosen by the Laureus Academy for this award.

“2020 was a very difficult year, we need to learn from this experience, support one another and do our best to look ahead,” Salah said.
The Laureus World Sports Awards is an annual award ceremony honouring individuals and teams from the world of sports along with sporting achievements throughout the year. It was established in 1999 by Laureus Sport for Good Foundation founding patrons Daimler and Richemont.
The first ceremony was held on 25 May 2000 in Monte Carlo, at which South African president Nelson Mandela gave the keynote speech.