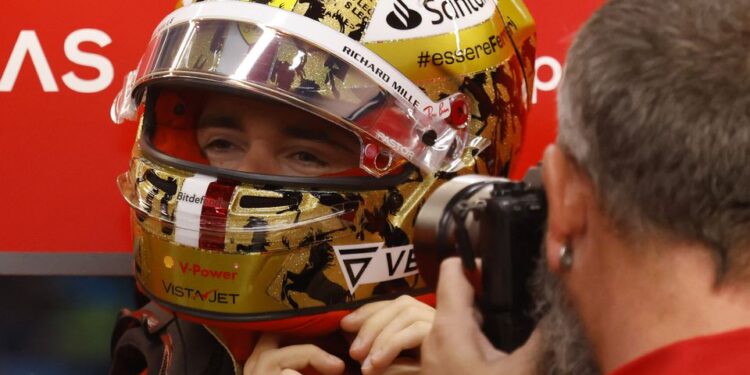 The Monegasque lapped the twilit 5-km Marina Bay track in one minute, 57.782 seconds on intermediate tyres to go over half a second clear of Red Bull rival Max Verstappen.

A tropical downpour ahead of the start of the session delayed track action as organisers started the clock on the hour of practice but kept the pit lane closed.

Cars were finally allowed on to the track half an hour into the session once conditions had eased with drivers opting for a mix of full wet and intermediate tyres.

The mixed conditions caught some drivers out, including Mercedes racer George Russell, who was one of several who took to the escape road.

It also threw up a mixed-up running order with Fernando Alonso fourth for Alpine ahead of Verstappen’s Mexican team mate Sergio Perez.

Russell was ninth with Daniel Ricciardo slotting his McLaren into tenth.

Seven-times world champion Lewis Hamilton, whose session-topping effort in Friday’s opening practice put him at the top of the timesheets for the first time this season, was only 12th.

Verstappen, who celebrated his 25th birthday on Friday, will have his first shot at wrapping up a second successive title this weekend.

The Dutchman is 116 points clear of Leclerc and 125 ahead of Perez in the overall standings.

With five races to go after Singapore, Verstappen would need to score at least 22 points more than the Monegasque and at least 13 more than his Mexican team mate to get the job done this weekend.