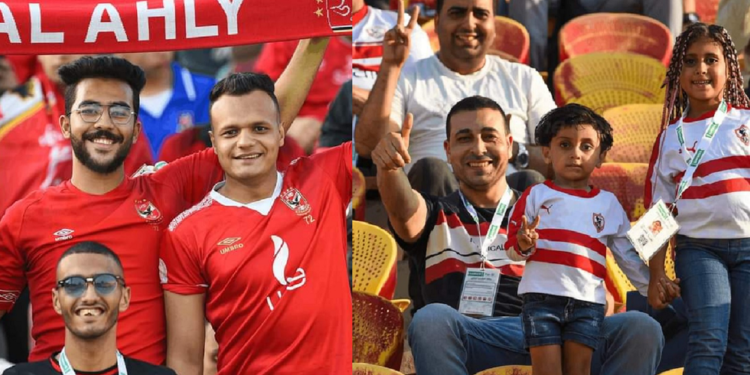 CAIRO – Left-winger Salah Mohsen scored a late equalizer in the 81st minute to earn Al-Ahly a 2-2 draw in the Cairo derby against Zamalek Sunday night.

Striker Mohamed Sherif put the Red Devils ahead at Al-Ahly WE Al-Salam Stadium in the 12th minute, instead of wilting, Zamalek hit back with two goals to take the lead.

Zamalek leads the domestic table with 45 points from 21 matches, four points clear of third-placed Al-Ahly, who has three games in hand. 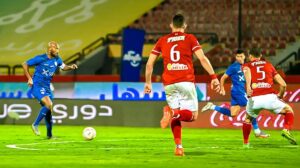 Al-Masry of Port Said, Future FC and Al-Ittihad of Alexandria claimed victories in their matches in the 22nd matchday of the 2021-22 Egyptian Premier League season.

Al-Masry of Port Said defeated El-Gouna 1-0 at the Army Stadium in Borg el-Arab.

Abdel-Latif Grendo scored the match sole goal from the penalty spot in the 87th minute.

At Petrosport Stadium in Cairo, Future FC snatched a 2-1 win over Enppi.

Striker Ahmed Refaat opened the scoring for Future FC from the penalty spot in the 8th minute.

At Alexandria Stadium, Al-Ittihad of Alexandria grabbed a 1-0 win over Misr el-Maqassa.

At Arab Contractors Stadium, Ceramica Cleopatra and Pharco FC played out a 1-1 draw.

Centre-back player Ahmed Moudi levelled the score for Pharco FC from the penalty spot in the 15th minute. 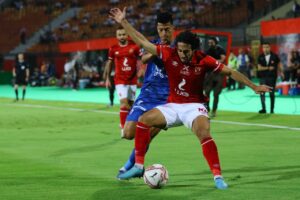 Elsewhere, hosts Ismaili was held to a goalless draw against Arab Contractors at the Ismailia Stadium.

At Cairo’s Military Sports Authority Stadium, Talae el-Gaish was held to a 3-3 draw against Smouha.

Right-winger Ahmed Samir scored twice for Talae el-Gaish from the penalty spot in the 41th and 86th minutes.

Left-winger Abdelkabir el-Ouadi scored twice for Smouha from the penalty spot in the 55th and 90+9 minutes as Centre-back player Ragab Nabil scored in the 71st minute. 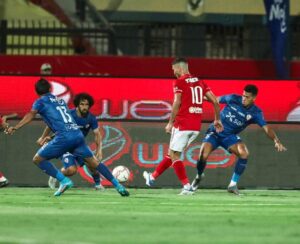