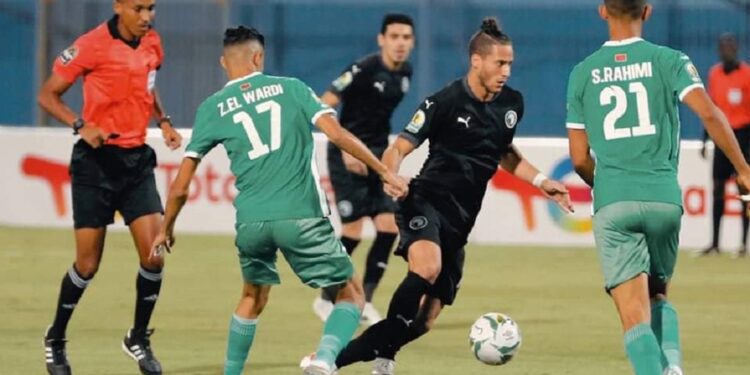 Pyramids’ winger Ramadan Sobhi (C) vying for the ball against Raja Casablanca players during their first-leg of the CAF Confederation Cup semi-final in Cairo.

GAROUA, Cameroon – Egyptian outfit Pyramids held Raja Casablanca of Morocco to a goalless draw in the first-leg of the CAF Confederation Cup semi-final as JS Kabylie secured a 2-1 comeback victory over Coton Sport in the second semi-final first-leg fixture.

Following the stalemate in Cairo, Pyramids and Raja Casablanca will battle each other again next Sunday for the semi-final second-leg at the Stade Mohamed V.

In the other fixture, Coton Sport will travel to the November 1954 Stadium to take on JS Kabylie on June 27.

The winners from the two games will battle it out in the tournament’s final to succeed defending champions RS Berkane at the Stade de l’Amitie in Benin on July 10.

Raja Casablanca though will count their missed chances in the second-leg of the duel as they could not get the ball inside the net. This is the first time in the tournament this year that Raja has failed to score.

Star striker Soufiane Rahimi had the game’s best chances in the opening half. In the 10th minute, he took a shot from range after being accorded space, but Pyramids keeper managed to parry the ball away at full stretch.

In the 23rd minute, the striker had an even better chance to score when he was put through on goal by Mahmoud Benhalib, but his close range shot was well saved by the Pyramids keeper.

Seven minutes to the break, Pyramids had their first real go at goal when a cross from Hamdy Sharaf picked out Ibrajim Adel inside the box, but the latter’s shot was blocked.

In the second-half it was same script same cast. Rahmi had a glancing header off a freekick go wide while on the other end, Ramdhan Sobhi was tormenting the Raja backline, but his antics and footwork didn’t bear a goal.

Algerian side JS Kabilye earned the first-leg advantage after coming from a goal down to beat Coton Sport 2-1 in Garoua in the semi-final of the CAF Confederation Cup Sunday evening.

The home side had gone ahead through Lambert Gueme Araina, but Kabilye fought back to level through Ahmed Kerroum at the stroke of halftime. An own goal from Pierre Etame in the second half handed the Algerian visitors the victory.

Coton got into the lead in the 28th minute when Araina powered home a header from the edge of the six yard box after rising highest to connect to a Sibiri Sanou delivery off a freekick.

The visitors thought they had made a response 10 minutes later when Malik Raiah touched the ball away from the keeper off Mohamed Benchaira’s pass, but the goal was ruled out by VAR for offside.

But Kabilye finally found their equalizer at the stroke of halftime when Kerroum tapped the ball home after the Coton keeper came out to collect Juba Oukaci’s cross but failed to pick out the ball.

In the second half, Kabilye continued to dominate their visitors and in the 62nd minute they went 2-1 up when Etame turned the ball into his own net as he attempted to cut out keeper Rida Bensayah’s sliding pass inside the box.

In the 70th minute, Coton thought they had gone back into the lead when Souaibou Marou touched the ball away from the keeper off a cross, but the JSK defense cleared it off the line with the Coton striker thinking the ball had gone in.

JSK should have scored more with the chances they had. Benchaira had a shot well saved by the keeper while late on, Bencherifa’s curling freekick came off against the upright. 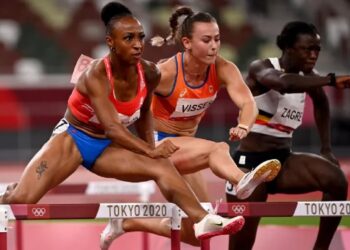 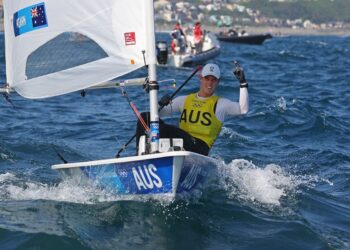 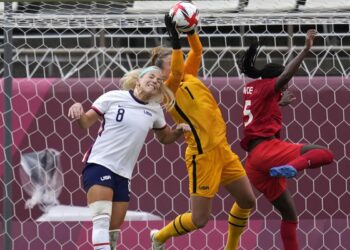