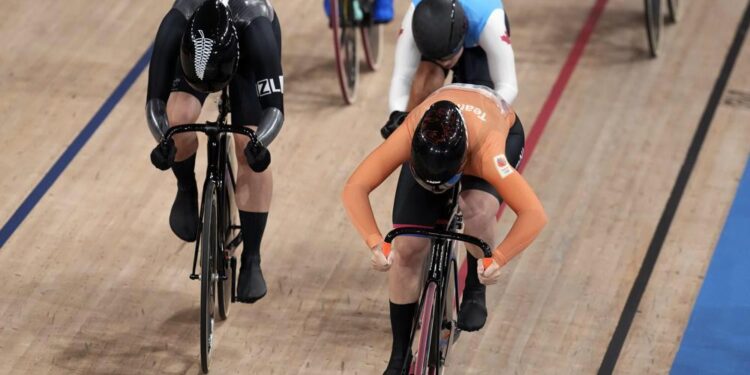 IZU, Japan — Shanne Braspennincx was waiting to step on the track for her semifinal in the keirin at the Tokyo Olympics when her Dutch teammate, Laurine van Riessen, crashed heavily in the first turn and had to be taken out on a stretcher, AP reported.

The sobering sight didn’t do anything to scare Braspennincx before her turn in the chaotic sprinting discipline. If anything, it only gave her more resolve.
Braspennincx responded by roaring through her heat race and semifinal, then concluded her dramatic afternoon at the Izu Velodrome by holding off New Zealand’s Ellesse Andrews on the final straightaway to win the gold medal.

“I still have to gather my thoughts. It’s still so unbelievable,” said the 30-year-old Braspennincz, who returned from a heart attack in 2015 to reach the pinnacle of her sport. “It’s all just blur. Everything is happening so fast.”

In the other medal event on a busy Thursday southwest of Tokyo, Matthew Walls of Britain won the opening scratch race of the four-event omnium — the cycling equivalent to the decathlon or heptathlon in track and field — and was never really challenged the rest of the way in claiming the gold medal.

Walls finished third in the tempo race and second in the elimination race to take a narrow lead in points heading into the concluding points race. He immediately took a lap on the field, which gives a rider bonus points, and that effectively locked up Britain’s first gold medal since the omnium was added to the Olympic program for the 2012 London Games.

Campbell Stewart of New Zealand gained his second lap on the field just before the points race concluded, sending him soaring from out of the medals all the way to silver. That dropped defending champion Elia Viviani of Italy to bronze.

The women’s keirin, a six-lap race where the first three are paced by a motorized bike and the last three are a free-for-all sprint to the finish, began with the harrowing wreck involving van Riessen and Britain’s Katy Marchant.

The Dutch rider was trapped in the middle of the six-woman heat entering the final lap. As van Riessen entered the first steeply banked turn, van Riessen’s front wheel suddenly swerved up the track to the right and took out Marchant, who had nowhere to go and landed on top of a pile of twisted bodies and carbon-fiber bikes.

Marchant was able to ride off but van Riessen remained motionless on the apron of the track. She was eventually loaded onto a backboard and taken from the velodrome, but was conscious before she was transferred to a Tokyo hospital.

“I felt like I was coming in at the right time,” Marchant said. “Wrong place, wrong time, I guess, but that’s bike racing.”
In the finals, Braspennincx went to the front on the final lap before diving to the inside on the final two turns. Andrews made a spirited charge on the outside but had to settle for silver while Canada’s Lauriane Genest took bronze.

“I didn’t actually see the crash. I’m thankful for that,” Braspennincx said. “Coach Hugo (Haak) told me she’s in good hands, ‘You have to focus on your own race now.’ I was worried about her — she went to the hospital — but in that moment I have to make a switch and focus on myself.”

As for Andrews, the silver medal was as good as gold. “I just started crying and I haven’t really stopped,” she said, “and I don’t mind, because I’ve achieved a silver-medal performance for my country. I couldn’t be more proud.” 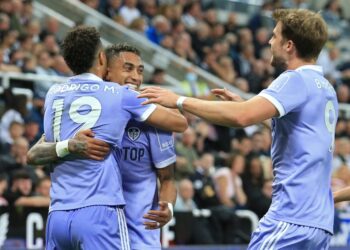 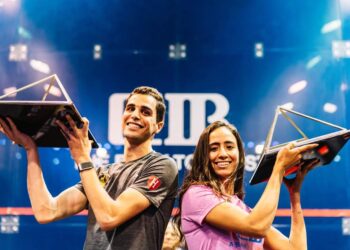 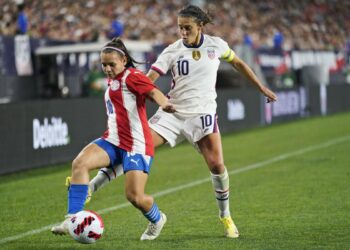