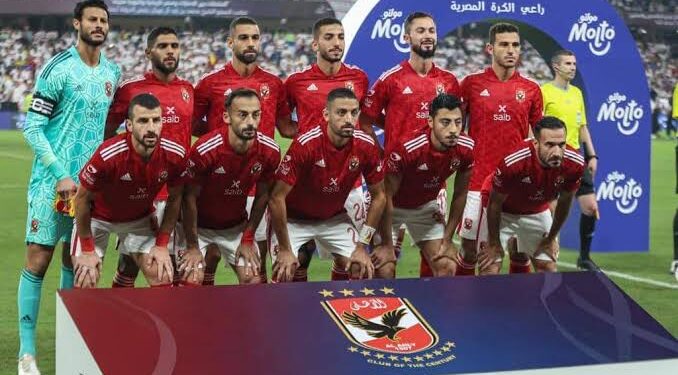 The Red Eagles will return from the UAE with a trophy in the bag after defeating Zamalek 2-0 on Friday night.

Bruno Savio broke the deadlock in the first half with a fantastic goal while Karim Fouad who came from the bench in the second half doubled the score minutes before the final whistle.

Al Ahly won the domestic Super Cup title for the 12th time, cementing their position as the team with the most titles in the competition.

In his first Cairo derby, coach Marcel Koller decided to give two of their summer signings, Shady Hussein and Bruno Savio the chance to start in the derby.

Al-Ahly lined up with a normal 4-2-3-1 formation, giving the chance to their  wingers, Taher Mohamed Taher and Ahmed Abdelkader, to have some attacking freedom while Hamdy Fathy and Amr El Soulia were controlling the midfield.

The first chance of the contest was from El Soulia who decided to send a long range shot but it went over the bar.

Taher had a very close chance to open the score after 20 minutes when he received a beautiful cross from Abdelkader but he couldn’t control the ball and his touch went wide.

Five minutes before half-time, it was the time for the Red Eagles to take the lead.

Zamalek’s midfielder Zakaria El Wardy passed a ball to his own defense but Bruno Savio reached the ball before the defender and controlled it before curling the ball from outside the area into the top corner.

Having the lead gave Al-Ahly players more confidence going into the break.

The opening minutes witnessed some chances from Zamalek players but Al-Ahly defense stood their ground.

Mohamed Abdelmonem and Mahmoud Metwally formed a defensive partnership since the start of the season and they put on a performance to remember.

Koller used his bench, replacing Shady and Abdelkader with Mohamed Sherif and Mohamed Magdy Afsha to have more control over the midfield.

Sherif had a chance to double the score after a beautiful cross from Hamdy but Zamalek’s goalkeeper stopped the ball.

Koller used his bench again as Karim Fouad joined the game instead of Savio who left the game on a stretcher after picking up an injury.

Fouad’s fresh legs put him in a perfect position at the far post to meet a fantastic cross from Taher and put the ball in the back of the net to confirm our victory.

It was a fantastic night for the boys in Red in Al Ain and Mohamed El Shenawy, the  captain, made another classy gesture after inviting our former player Moamen Zakaria to lift the precious trophy.