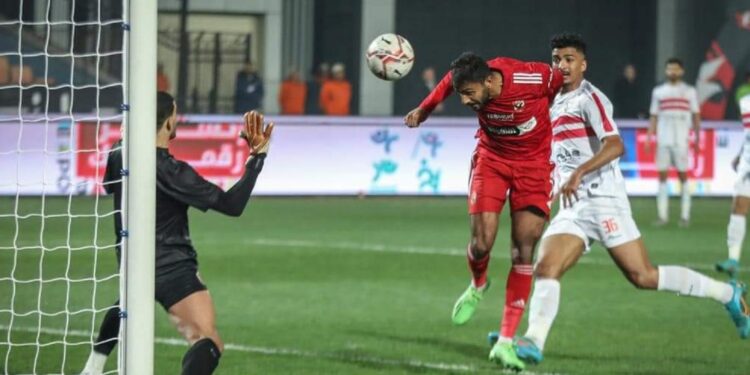 CAIRO — Al-Ahly put on a stunning performance night to defeat Zamalek 3-0 in the Cairo derby of the Egyptian Premier League.

In the iconic Cairo International Stadium, the Red Devils produced a show to remember in front of an euphoric red stand.

Winger Mahmoud Kahraba scored a goal in the second-half and was substituted by striker Mohamed Sherif who scored a brace to give the Red Devils the perfect start to the week.

The victory cemented Al-Ahly on top of the domestic table with 34 points from 14 matches, increased their lead over defending champions Zamalek to eight points. Future FC is in second place with 30 points, as Pyramids is third on 27 points.

Al-Ahly entered the game with a shortage in defense as defender Ramy Rabia was the only available defender for the game.

Coach Marcel Koller decided to start with defender Khaled Abdelfattah alongside Rabia and the duo formed a solid defensive partnership.

The game started with few chances for the two sides and our players failed to find cracks in Zamalek’s defense.

The Red Devils were playing the ball around confidently but couldn’t find the target with the few chances we created.

Al-Ahly was almost ahead in the added time of the first-half after winger Hussein el-Shahat sent a defense-dissecting pass to midfielder Hamdy Fathy who touched the ball but it hit the post.

The second-half was totally different from what happened in the first-half.

The real action started after 10 minutes of the second-half as Kahraba received a ball from Mohamed Magdi ‘Afsha’ but his shot was blocked by Zamalek’s goalkeeper Mohamed Awwad.

Three minutes later and we were ahead.

A brilliant cross from El-Shahat found Fathy who controlled the ball and passed it to Kahraba who produced a brilliant finish past Awwad.

Kahraba continued his amazing performance after the goal before being replaced by Sherif.

Right-back player Mohamed Hany sent a sensational cross inside the area. It touched Zamalek’s defender and rebounded to Hamdy who passed it to Sherif who found the target with a stunning finish.

In the last minute of the regular time, Hamdy ran behind the defense and received a ball from Malian midfielder Aliou Dieng and passed it to Tunisian left-back player Ali Maaloul who sent a ground cross to Sherif who hit the back of the net with a powerful strike to make the score 3-0.

Fathy’s performance in the second-half will live long in the memory of the Cairo derby.