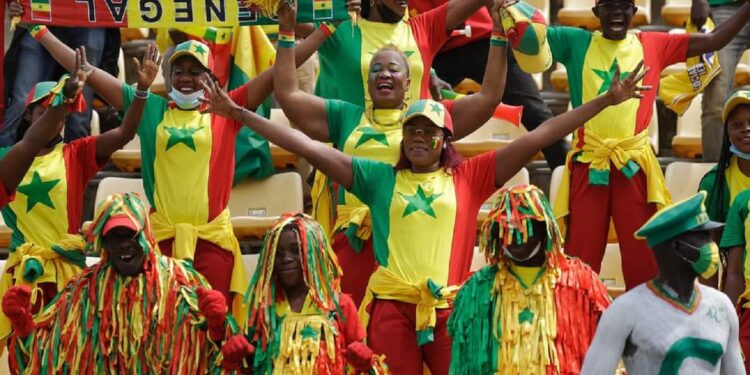 YAOUNDE – Morocco booked a place in the last 16 of the African Cup of Nations while Gabon, Guinea and Senegal are also likely through but four-time champions Ghana are in danger of early elimination after Friday´s four matches at the tournament in Cameroon.

Selim Amallah and Soufiane Chakla scored on either half to secure Morocco a hard fought 2-0 win over Comoros in Group C.

Boina saved a late Youssef En-Nesyri penalty keep his side the game before substitute Zakaria Aboukhlal secured the victory with a stoppage time goal book the Atlas Lions place in the knockout stage.

Morocco dominated the match but struggled to find a way past the brilliant Comoros keeper Boina.

Soufiane Boufal provided Morocco width on the right and the winger came close on numerous occasions but Comoros defended well.

PSG defender Hakimi placed in a brilliant low cross into the Comoros box which was not dealt with giving Amallah the time and space to fire in the opening goal.

The striker was played through on goal only lose his footing while rounding the keeper which allowed the islanders to clear their lines.

Morocco continued to dominate while Comoros play on the counter. Boina denied Boufal with a instinctive save inside the six yards before pushing away Hakimi’s goal bound free kick to the frustration of Vahid Halilhodzic who made changes late on as they look for the second goal.

Substitute En-Nesyri missed a late penalty before Boina pulled another save to deny him from doubling Morocco’s lead.

Zakaria Aboukhlal scored the winner with a calm finish to send Morocco to the knockout stage with a game to spare.

The most anticipated top of the table clash in Group B involving West African Giants Senegal and Guinea ended in a goalless draw in their second match at Stade Omnisports de Bafoussam.

Liverpool teammates Sadio Mane and Naby Keita were playing on opposite ends with both players who were captaining their respective teams, looked to send their country into the Round of 16 having won their opening Group Matches with similar 1-0 scorelines.

Senegal and Guinea sit on four points while Malawi are just behind them after coming from behind to triumph 2-1 against Zimbabwe.

Guinea came out of the blocks early with Ilaix Moriba having the first attempt of the game from a set piece but the effort was way off target.

Senegal responded quickly with Bouna Sarr seeing his shot blocked from outside the penalty area.

Seny Dieng the Senegal goal keeper denied Guinea what should have been the opening goal of the match. Morgan Guilavogui saw his right footed shot from the six yard box saved by Dieng at point blank range after good square pass by Ilaix Moriba.

The first half ended goalless with the Syli Nationale of Guinea edging the possession.

The second half started with Senegal looking more stronger of the two and doing more attacking. First it was Cheikhou Kouyaté attempting a header from a set piece by Bouna Sarr. Then just moments later Abdou Diallo’s header which was destined to the top left corner was saved by Guinea Goalkeeper Aly Keita.

The Teranga Lions kept pushing Guinea to the limit with persistent pressure. Bouna Sarr nearly broke the deadlock after being fed by from skipper Sadio Mane but his effort went agonizingly wide of the left post.

Guinea Coach Kaba Diawara looked to soak the pressure from the Senegalese team by switching things up. Ibrahima Sory Conte came in for Ilaix Moriba in midfield.

In the end both teams couldn’t find an opening and will have to wait for their final matches on Tuesday to qualify for the Round of 16. Senegal will remain in Bafoussam where they will play the flames of Malawi while Guinea and Zimbabwe will travel to Yaounde with their tie set for the Ahmadou Ahijo Stadium.

Ngowet Allevinah scored a late equaliser to earn Gabon an important 1-1 draw against Ghana in Yaounde.

The Black Stars came into the match on the back of a narrow 1-0 defeat to Morocco. The former champions broke the deadlock through captain Andre Dede Ayew before Ngowet Allevinah equalised for Gabon late on.

The Panthers started brightly in Yaounde with their full backs providing an outlet on the wide areas. Guelor Kaku found space on the right to deliver an inviting cross which Daniel Amartey headed away.

Bruno Ecuele Manga saw his effort blocked by the sliding challenge of Black Stars defender Alexander Kwabena after Iddrisu Baba had deflected a shot into the area.

Jordan Ayew who operated on the right side of the Black Stars attack beat his marker out wide to send a cross straight into the hands of Jean Noel Amonome.

Captain Andre Dede Ayew gave Ghana the lead with clinical strike on 19 minutes to revive their hopes of progressing to the knockout stage.

With his back towards goal Ayew cleverly turned away from Gabon’s Anthony Henri to shoot past the Jean Noel Amonome.

Without their talisman, Aubameyang, Gabon continue to find space on the wide areas through Kaku whose fierce cross was cleared by the outstanding Amartey.

Andre Ayew headed wide of the goal for while Bouanga tried to surprise Luke Wollacut from set piece three minutes before the break.

Gabon started the second half better with several openings against the Ghanaians who tried to keep possession.

Junior Akue headed over the Ghana goal before Baba Rahman headed away Bouanga’s curling effort on the hour mark.

The Black Stars saw Daniel Amartey glanced a header wide of the Gabon 15 minutes from time.

Striker Gabadinho Mhango scored a brace as Malawi came from behind to beat Zimbabwe 2-1 in an exciting AFCON match played at the Stade Omnisports de Bafoussam.

Malawi held on to claim three points ahead of the final group match against Senegal on Tuesday in Bafoussam. Zimbabwe to tackle Guinea in Yaounde.

The two sides went for each other in the opening minutes of the game with action at both ends of the pitch.

Malawi’s Stanley Sanudi had an early chance to put the Flames ahead but his right footed shot from a difficult angle on the right missed the target from Richard Mbulu cross.

Then Zimbabwe’s Gerald Takwara failed to hit the target with an attempt from very close range via a Knowledge Musona with a cross.

Francisco Madinga came close to putting his name of the score sheet but was unfortunate to see his long range strike from outside the box hit the woodwork.

Malawi coach Meck Mwase was forced into making an early change bringing on Lawrence Chaziya to replace Limbikani Mzava who sustained an injury.

Zimbabwe eventually broke the deadlock moments before the end of the first half with Ishmael Wadi heading in from a pin point cross by Onismor Bhasera. But the lead did not last very long as Gabadinho Mhango struck from close range to level matters.