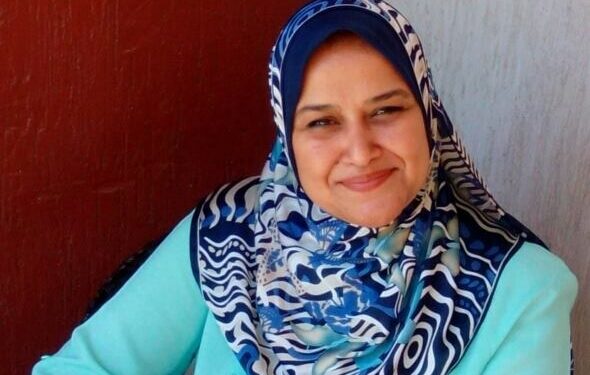 Once again the hijab, the headscarf worn by Muslim women, has provoked outrage in France and across Europe following an anti-discrimination campaign launched by NGOs under supervision of the Council of Europe.

The campaign includes tweeted images defending Muslim women’s freedom to wear the hijab without being subjected to hate speech.

This comes within a wider campaign to respect diversity within the same community.

A caption for one image read: “Beauty is in diversity as freedom is in hijab“.

However, some European countries, notably most France, expressed fierce criticism against such campaign, considering it violation of the secular principles of their countries. This forced the Council of Europe, which aims to uphold human rights, democracy and rule of law, to take down posts and ads for the online campaign that was intended to promote respect for Muslim women who choose to wear headscarves.

Ironically, the French politicians, most of whom plan to run for the presidential elections in April 2022, considered the campaign and the posts as an attempt to propagate for the hijab that they see as a sign of oppression against women.

France’s Youth Minister Sarah El Haïry, for example, believed that such a campaign would encourage women to wear headscarves. She said this message jarred with the secular values of France.

El Haïry was not the only official to express fierce opposition of the campaign. Instead, many other politicians from different factions of French society pressured hard to abort the campaign and force the Council of Europe to cancel these posts.

In one tweet, far-right commentator Eric Zemmour accused the campaign of promoting “the veiling of Europeans”.

National Rally candidate Marine Le Pen tweeted: “It’s when women take their veil off that they become free, not the other way around.”

Michel Barnier, the lead candidate for the centre-right Republican party, echoed a critical sentiment against the ads. “I would have liked the people responsible for this bad campaign to go and question … the women of Kabul who are fighting not to wear this veil,” he said.

I personally believe that Barnier is quite right when speaking for the Muslim women living in Afghanistan and any other country that forces the hijab on the Muslim women by law. However, it is still repugnant that a European country that claims to be modern and fully respect human rights to restrict women against wearing the hijab. In my opinion, both Afghanistan and France and countries of their ilk are violating a basic human right.

France was the first European country to ban the niqab (the full face veil) in public places in 2011. One might support France in this direction if the decision was taken on security basis that might necessitate that all people should show their faces in public areas. However, this was not the case as the decision was taken within a general strategy of integrating the Muslim community into French society.

The problem was that while defending the secular principles of the French Republic, the politicians were denying the rights of French Muslims, who account for 5 million of the French population and deprive them from freedom to practice their religious duties as the ban applied not only the niqab but also the hijab.

Early this year, the French Senate passed an amendment that would ban girls under 18 from wearing the hijab in public. As part of a proposed “anti-separatism” bill, this amendment was presented alongside amendments that would also prevent mothers from wearing hijabs on their children’s school trips and would ban the ‘burkini’, a full-body swimsuit.

So, what would hurt the secular society if a Muslim mother went to the school of her children while wearing a headscarf or wore a burkini while on vacation with the family on the beach?

As a Muslim woman I like to feel free to wear or not to wear my headscarf without sensing any violation against the state law or be subjected to hate-campaign from those calling themselves secular.

I do remember when I first decided to wear my headscarf, I was just 16 years old and my father shocked to see me wearing it while my mother and other three sisters, two of whom were older than me, were not yet wearing it. Even my grandfather, a Sunni scholar was hardly gratified to learn of my decision. Instead, he asked me that if it was my own choice to wear the hijab and no one forced me to do so.

The hijab is a religious duty in Islam. Like all duties, the Muslim woman has the choice to follow or not follow, knowing that she would be rewarded or punished by Allah in the Hereafter and not by the government.

It is true that Muslim women are enjoined by the Holy Qur’an to wear the hijab outside the house or in presence of foreigners. However, there is not a single verse instructing the authorities to punish those who do not abide by this rule, just as there is no verse that ordains punishment for those who do not perform the five daily prayers.

As a secular country, France might be right to criticise Afghanisan’s Taliban for instructing the Afghani women to wear the hijab in public, considering it a violation of human rights and women’s freedom. However, France and other Western countries follow suit, would be failing this same principles when deprives their Muslim women from their choice of wearing the hijab.

Building capacity of next generation to address global climate challenges