by Gazette Staff
in Features, Travel
0 0 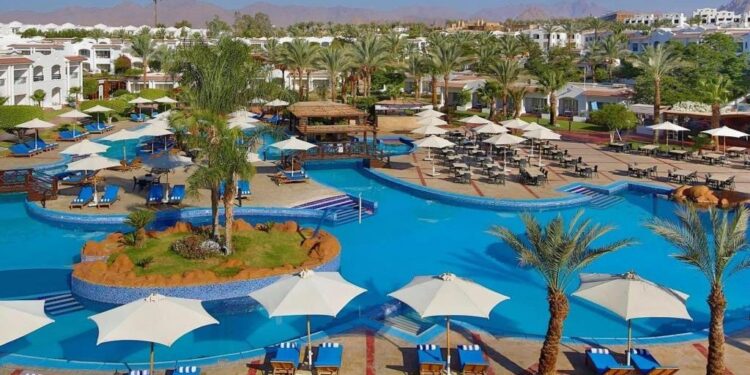 Economists and tourism specialists have welcomed a recent decision by Russia to resume flights to Egypt, specifically to the Red Sea resorts of Sharm el-Sheikh and Hurghada.

The decision would perk up the local tourism sector, create jobs in the sector for a large number of people, and also deliver a positive message about security conditions in Egypt, they said.

“The coming of Russian tourists to our destinations will create a much-needed activity in these destinations,” independent economist Ali el-Edrissi said. “This will raise revenues from the tourism sector which are very important for the national economy,” a local newspaper quoted him as saying.

Russian President Vladimir Putin announced the return of flights from his country to Egypt during talks on the phone with President Abdel Fattah El Sisi on April 24.

The Russian president said the decision to re-operate flights to Egypt follows successful co-operation between Cairo and Moscow and also in the light of the comfort and security Egypt provides at its tourist destinations.

President Putin expressed hopes that the decision would push relations between his country and Egypt further.

Russian flights to Sharm el-Sheikh and Hurghada were suspended in the aftermath of the bombing of a Russian passenger plane mid-air over Sinai in late 2015, killing all 338 on board.

El-Edrissi pointed to the need for Egyptian tour operators to formulate special programmes to attract the Russian tourists to Egyptian destinations.

“This is very important, given the fact that the resumption of Russian flights to Egypt comes at a tough time,” el-Edrissi said.

Covid-19 has severely affected tourism, not only in Egypt, but also around the world. The past year witnessed a series of travel suspensions around the world, paralysing the travel and hospitality industries.

Last June, Egypt reopened its tourist destinations, where compliance to anti-Covid-19 prevention measures has been stepped up.

Tourist establishments operating at present have acquired a health clearance from the Ministry of Health, proving that they are applying preventive measures.

Tourism workers at the same destinations are also at the forefront of those receiving Covid-19 vaccines now.

Tourism specialists say the resumption of Russian flights to Egypt reflects in a way the hard work Egyptian authorities have been doing in the past years at the security and health levels.

“Egyptian authorities did much to reach this result,” said Ahmed el-Shami, a retired Ministry of Tourism senior official.

Russia is a tourist market of paramount importance for Egypt.

El-Shami said he hopes that Russian tourists would return to Egyptian destinations in large numbers.

“We used to receive a very large number of tourists from Russia every year,” el-Shami said. “Let’s hope that the numbers would compensate the losses of the past years.”